Home Politics Democracy What experts see as biggest risk to the world in 2020? American...

American politics is the biggest threat facing the world in 2020 and the looming presidential election will stress the country’s institutions, influence economic and foreign policy and further divide an already polarized electorate, with potentially huge consequences for the climate, business and investors.

That’s the view of experts at consultancies Eurasia Group and Control Risks. The World Economic Forum, which is preparing to hold its annual meeting of political leaders and CEOs next week in Davos, is also warning of increased turbulence this year from trade conflicts and political polarization that makes it harder to tackle global challenges.Control Risks says that President Donald Trump’s campaign for a second term will drive decision-making in foreign policy, increasing the chance that investors will be caught off guard by populist moves favoring US factory workers or farmers. 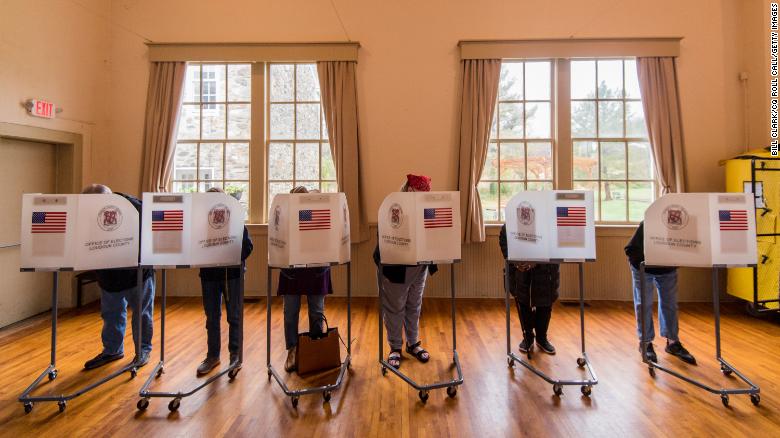 “The campaign will focus foreign policy on managing crises, distracting US attention from non-urgent issues and geographies. Trump’s thirst for deliverable ‘wins’ before the election, meanwhile, will amplify foreign leverage in trade and security relations,” Control Risks wrote in a recent report.

Eurasia Group, which has designated US politics as the top risk for the first time in its annual assessment of the state of the world, warns that the election will be the most divisive in over a century, with the outcome likely to be viewed as illegitimate by roughly half the population. The analysts expect the result to be contested, no matter which candidate triumphs.

“The 2020 election is an American Brexit — a maximally polarized vote where the risk is less the outcome than the political uncertainty of what the people voted for,” Eurasia Group says in its report. “It’s uncharted political territory, and this time in a country where uncertainty creates shock waves abroad.”

In preparing its report ahead of the Davos meeting, the World Economic Forum surveyed 750 global experts and decision makers who named economic confrontations and national political polarization as the top risks in 2020.

Taken together, the reports depict a world facing thorny problems with few obvious solutions. Increasingly fractious politics in developed countries is undermining the rules that have underpinned trade and globalization for decades, giving elected leaders license to act unilaterally and stoking conflicts such as the trade war between the United States and China.

US Treasury Secretary Steven Mnuchin, who will attend the Davos meeting, rejected the idea that the upheaval in American politics is a threat.

“I don’t think it has any impact on the world economy,” Mnuchin told reporters on Wednesday, adding that other political issues such as Britain’s departure from the European Union and last year’s deadlocked elections in Israel were similarly inconsequential.

Other huge headaches haven’t gone away. The people paid to identify threats to global peace and prosperity are also worried about the climate crisis, the battle between Washington and Beijing over the future of technology, geopolitical aggression on the part of Russia and continued armed conflict in the Middle East.

A decade ago, most risk analysts were worried about financial issues such as asset bubbles, according to John Drzik, a contributor to the World Economic Forum report and chairman at research firm Marsh & McLennan Insights. Those worries have been replaced by new, more complicated challenges that are often linked.

“In 2020, we have a combination of negative trend lines that we’ve not experienced in generations. This deteriorating environment is much more likely to produce a global crisis,” warned analysts at Eurasia Group.

The world has already been confronted with two major flashpoints this year. The killing of top Iranian general Qasem Soleimani on Trump’s orders brought the two countries to the brink of war, endangering oil supplies from the Middle East and leading Tehran to accelerate its uranium enrichment, a move that could put Iran on a path to constructing a nuclear weapon.

Tensions cooled after US troops avoided casualties in an Iranian reprisal attack on bases in Iraq and Trump dialed down his rhetoric. Analysts think that Iran, which has severe economic problems and a restive population at home, will now seek to avoid open conflict with the United States while opportunistically striking back against American interests.

“Iran will continue to disrupt tanker traffic in the Gulf. Tehran also has a penchant for hitting adversaries in unpredictable, asymmetric ways, including through its robust offensive cyber capabilities and proxy network across the region with the capacity to target the citizens and assets of the United States and its allies,” assessed the Eurasia Group.

And the devastating bush fires in Australia have underscored why concerns about the climate dominate in the longer run. According to the World Economic Forum survey, the top five risks over the next decade all relate to the environment, including increased extreme weather events and the collapse of ecosystems.

“The near-term impacts of climate change add up to a planetary emergency that will include loss of life, social and geopolitical tensions and negative economic impacts,” the group warns in a report discussing its survey.
Drzik said that climate change dominates the top of the longer range ranking because experts and investors are getting better at understanding and measuring the risks involved. And they are also recognizing that while climate change will put some companies out of business, it also means new opportunities. One example: BlackRock (BLK) CEO Larry Fink, who controls $7 trillion in investments, said on Tuesday that the asset manager will ditch investments that it considers a sustainability risk.