Lebanese intelligence helped foil an Islamic State terrorist attack on an airplane bound for Abu Dhabi from Sydney in July, the Middle East country’s interior minister said Monday. The alleged attacker planned to blow up the plane with a bomb hidden in a Barbie doll.

Lebanese national Amer Khayyat had planned, according to Interior Minister Nouhad Machnouk, to blow up the plane 20 minutes after take-off but had to abandon his plan because the bag containing the explosives was overweight and he could not take it aboard. 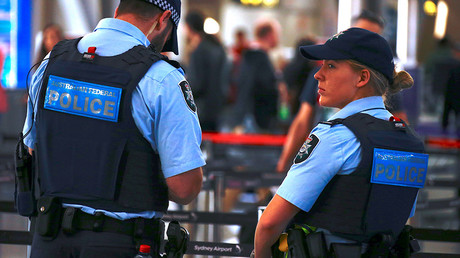 “The operation was foiled because of the extra weight,” Machnouk said. “Intelligence branch followed the case and found that Amer was involved in this act, and it appears that he was supposed to carry it out.”

He was detained upon arriving in Lebanon. His two brothers, Khaled and Mahmoud Khayyat, were arrested in Sydney in July and charged with “two counts of acts done in preparation for, or planning, a terrorist act.”

At the time of the arrests, Deputy Commissioner for National Security Michael Phelan described the plan as “one of the most sophisticated plots that have ever been attempted on Australian soil.”

The fourth brother, Tarek, was allegedly an IS commander living in Raqqa.

The plane at the center of the bomb plot is believed to be a July 15 Etihad flight out of Sydney, with 400 people on board, 120 of them Lebanese nationals, according to Machnouk.

Machnouk went on to claim that the suspects wanted to punish the UAE and Australia for being part of a coalition fighting Islamic State in Syria and Iraq and called on intelligence agencies to work together.

“When four Lebanese brothers in Australia decide to blow up an Emirati jet, this means that the whole world should work together to fight terrorism,” he said. “Coordination should be 24 hours a day between all security agencies to stop such attacks.” 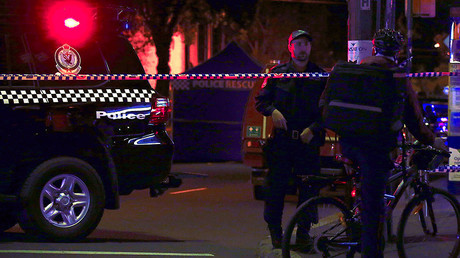 ‘Islamic-inspired terrorism’: Plot to bring plane down foiled in Australia after Sydney raids

The Australian Federal Police confirmed that they are continuing to work closely with Lebanese authorities.

“We have a close and cooperative relationship with the Lebanese authorities and are working closely on this investigation,” an AFP spokesperson said.

“The Australian Government has put specific measures in place to share information on this operation and investigation with our partners to ensure our international counter-terrorism efforts continue to be joined up and as robust as possible.”

Further to the airplane bomb plot, the brothers had also planned to carry out a second, more sophisticated plot, which involved constructing a device that would be used to stage a gas attack in a public place, using hydrogen sulfide.

In the course of the investigation, authorities discovered that the suspects received military-grade explosives used to construct the homemade bomb from Turkey through an IS operative.

“The IED was sent through international cargo. With assistance from the ISIL commander, the accused assembled the IED – so the components of the IED, into what we believe was a functioning IED to be placed on that flight,” Phelan said.