China is facing great pressure to tone down its ambitious plan to tax the worldwide income of those who stay in the mainland for over 183 days, following opposition from a government department in charge of attracting overseas talent to Hong Kong, as well as hurdles to obtain information about its residents’ assets in the United States.

Various parties and authorities are seeking exemptions to the planned taxation, which relies on a financial information exchange mechanism – the Common Reporting System (CRS) – which China adopted last year.

The unexpected opposition from home and abroad has left the tax authorities facing an embarrassing climbdown.

Having last year adopted CRS and finished due diligence on resident and non-resident taxpayers’ financial information, China began its first sharing of their financial information with over 100 countries under CRS in September, which was widely believed to be leading to taxing people’s global income and assets in the near future.

In its new individual income tax law, which will take effect from January 1, China for the first time introduced anti-tax avoidance provisions, empowering tax authorities to tax people who transfer assets to evade tax or who take advantage of havens to avoid tax.

It is likely that China will remove the article allowing foreigners who spend a cumulative 90 days out of China in a year to be recognised as non-tax resident, according to a draft regulation on implementation of the individual income tax law that has been out for consultation.

However, since China started to collect information from overseas financial institutions last month, tax authorities have received “many complaints and criticisms” and found themselves under “huge pressure” as several parties and government departments have lobbied not to make people subject to the payments, according to sources.

The provision that foreigners who are out of China for over 30 days on one trip are not regarded as tax residents in China is expected to remain intact, making it easy to escape Chinese tax resident status.

It is also expected that China will not tax people staying China for 183 days a year based on their global assets until the sixth year, according to the drafted regulation – in a concession to the pressure.

A strong opponent to the scheme is the State Administration of Foreign Experts Affairs. The sources say it is still trying to get an official tax waiver for foreigners recruited under government programmes that subsidise companies filling the country’s skills gaps by looking abroad.

Under the CRS, foreigners staying on the mainland for more than 183 days – or more than half a year – are subject to the financial information sharing system.

Such a stay would not necessarily make someone liable to pay tax in China, because foreigners who leave China for more than 30 days for one trip, or for 90 days across several trips in a year, are not regarded as taxpayers on the mainland.

In the past two years, the central and local governments have been competing to attract overseas talent to help transform its economy with the working-age population shrinking and the economy losing steam. Bonuses, allowances, housing and residency were offered to increase the appeal of a country notorious for heavy tax burdens on corporate entities and individuals.

The CRS has also put the Hong Kong business community on alert. Leung Chun-ying, the former chief executive of Hong Kong and now vice-chairman of the Chinese People’s Political Consultative Conference – the country’s top political advisory body – is among a group of politicians calling for an exemption for Hong Kong people working in the so-called Greater Bay Area.

A spokeswoman for Leung said: “Mr Leung does not want to comment on specific proposals that he makes. The general direction that he works in would facilitate better flows of talent to the mutual benefit of mainland cities and Hong Kong.”

Aiming to integrate Hong Kong and Macau with Guangdong cities including Shenzhen and Guangzhou, the Bay area is intended to rival San Francisco, New York and Tokyo as a powerhouse of innovation and economic growth.

Leung has advocated previously that Hong Kong people living in the Bay area should not only have their global income be exempted but receive special treatment to pay Hong Kong’s income tax, which has a ceiling of 17 per cent.

The ambitious plan to tax Chinese residents’ global income is also crippled by the fact that China would not be able to get information about the assets of Chinese residents in the United States, because the US is not part of the CRS agreement.

Corrupt officials in China have been transferring substantial assets overseas for decades, escaping the radar of Beijing’s tax authorities.

In an attempt to close loopholes, comply with international practice and boost its coffers as the economy decelerated, China last year adopted the Organisation of Economic Cooperation and Development’s CRS, under which over 100 countries and regions including Britain, Switzerland, Germany, Hong Kong and the tax havens of Bermuda, British Virgin Islands and Cayman Islands share individuals’ information through their financial institutions. 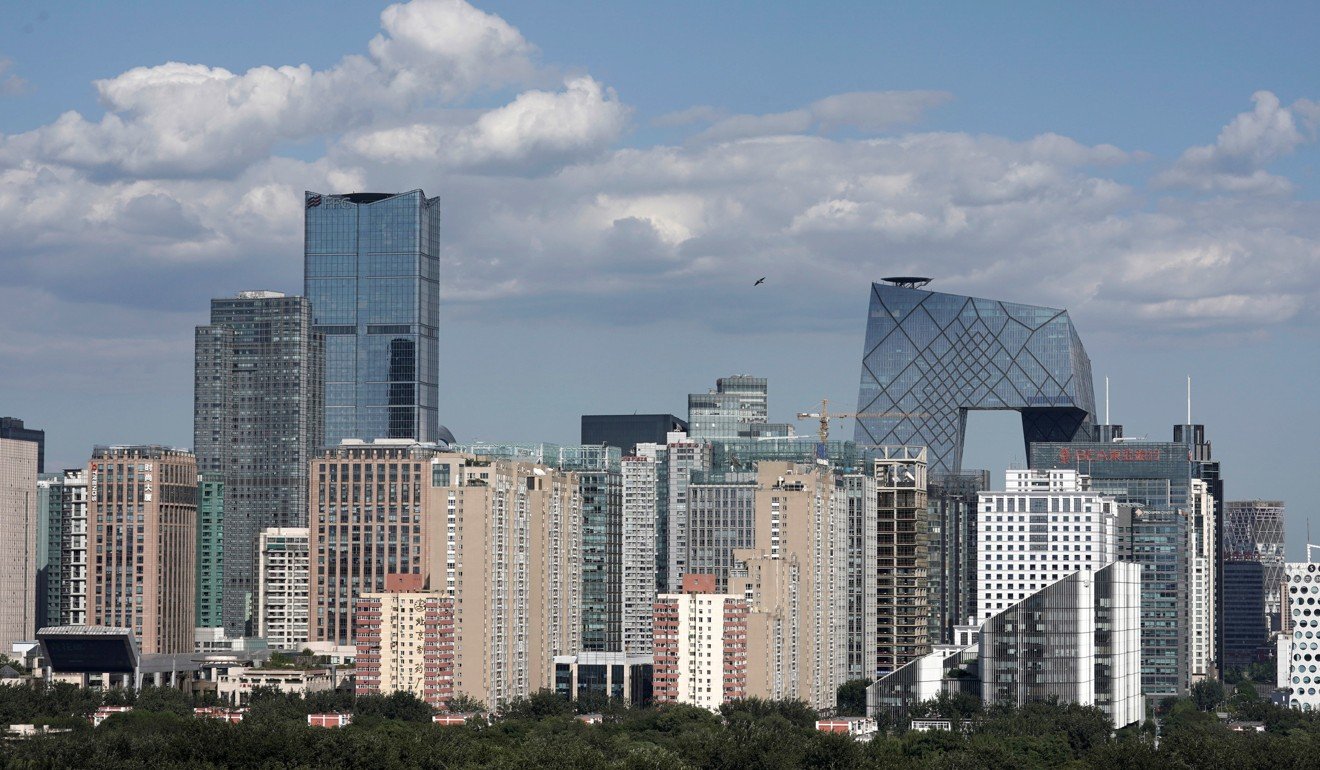 However, the US did not opt in. It has the Foreign Account Tax Compliance Act, requiring all foreign financial institutions to search their records and report assets and identities of certain taxpayers to crack down on tax avoidance and increase government revenues.

It relies on intergovernmental agreements to facilitate compliance between countries, but despite China and the US expressing an intention in 2014 to sign such an agreement, they have yet to do so to formalise the exchange of financial information.

“Based on the current China-US relationship, such an agreement is not a high priority for either government,” said Andrew Choy, partner and international tax service leader at Ernst & Young. “There is not likely to be actual progress on such a discussion unless the two governments are able to make some progress on their trade-related discussions.”

Given that the US is a popular jurisdiction for Chinese individuals for making overseas investments and doing business, its absence from the financial information exchange will probably render China’s tax collection efforts “less complete or effective”, Choy said.

Bowing to pressure, China is likely to target mainly high-net-worth individuals – be they resident or non-resident – with shell companies in tax havens, and be more lenient towards wage earners at home and abroad, sources said.

Chinese resident taxpayers with income from tax haven countries should pay special attention to the new rules, according to Scott Qian, a tax partner for financial services at PwC China.

“They should pay attention to the China tax compliance obligations for their overseas income, especially from countries and regions with low effective tax rates,” he said.

Ordinary wage earners have been a major source of China’s revenue through individual income tax, contributing about 60 per cent of the 1.13 trillion yuan (US$162 billion) in government revenue from the tax in the first nine months of 2018, largely because it is relatively easy to collect from their employers.

The rich have more means to evade payment, and tax authorities usually do not go to great effort to catch irregularities unless the amount involved, or its social impact, is huge.

People working in the entertainment industry were recently asked to pay any unpaid taxes dating back to 2016, as tax policies and collection methods were tightened in the wake of a scandal involving the country’s highest-paid actress, Fan Bingbing.

In October, Fan was told to pay 884 million yuan in fines and unpaid taxes that she had avoided by using split “yin-yang” contracts to disguise her true earnings from the tax authorities.

“What China should do now is carry out tax reforms to correct the phenomenon that the rich pay the least and the poor bear a heavy burden,” Hu said. “It is premature to tax global incomes, and that would only push people away from China.”

However, Choy said the tax collection landscape would probably be moving in a more stringent and compliance-focused direction.

“The risk of being caught for tax avoidance will probably increase significantly,” he said. “So will the potential penalties.”