The fusion of ecommerce and livestreaming, known as ‘live commerce’, is a huge and growing trend in Chinese ecommerce. It centres around influencers, known in China as key opinion leaders (KOLs), broadcasting live to millions of viewers and showcasing products, trying them on and describing them.

Special discounts are often offered as part of the livestream and live commerce broadcasts have been known to shift record amounts of product in just a few hours. China’s top livestreaming celebrity, Viya, is notorious for having generated 353 million RMB (roughly US $51 million) in sales in a single day. During a joint livestream with Kim Kardashian ahead of Singles Day 2019, Viya and Kardashian sold 15,000 bottles of perfume in the space of a few minutes.

China’s biggest ecommerce giants, Alibaba and JD.com, have already launched livestreaming units across their various platforms, and are seeing surging sales and engagement: according to Technode, Alibaba’s C2C marketplace Taobao is home to more than 4,000 livestream hosts and generated more than 100 billion RMB (US $14.49 billion) in gross merchandise volume via livestreaming throughout 2018 – an increase of nearly 400% year-on-year.

On Singles Day, live commerce broadcasts brought in 20 billion RMB (US $2.9 billion) worth of sales for Alibaba, making up 7.5% of the company’s overall Singles Day sales, while JD.com enjoyed a livestreaming audience 36 times larger than the previous year, with five times the total sales volume. Now, after months of rumours, China’s third-largest ecommerce company, Pinduoduo, has introduced livestreaming to its platform. 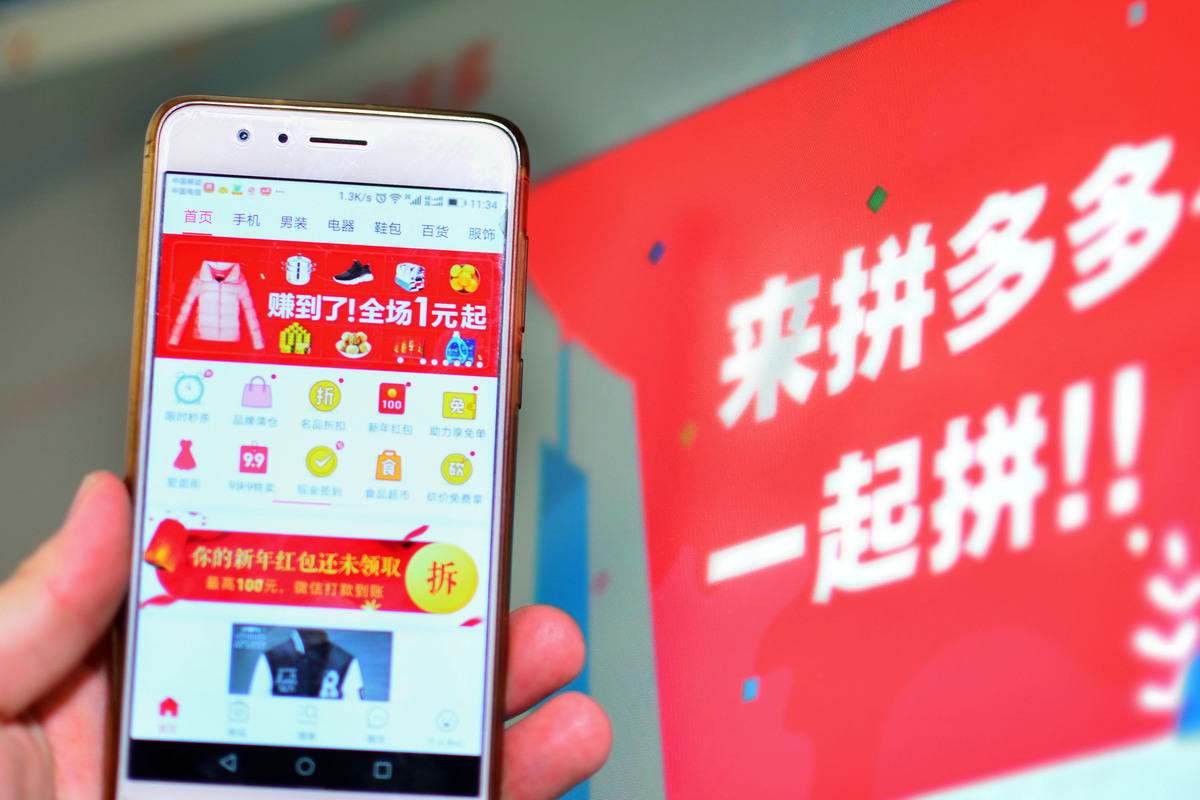 Called Duoduo Livestreaming, the new livestreaming unit has already been integrated into the latest version of Pinduoduo’s app. All 536.3 million of Pinduoduo’s users are eligible to become livestreaming “partners” once they undergo facial scans and upload copies of their ID for identity verification, and will be able to earn commission fees ranging from 1% to 80% of the value of the goods they sell.

The announcement (Chinese-language source) posted by DuoDuo Jinbao, Pinduoduo’s marketing platform, seems to encourage both ordinary users and merchants alike to become livestreamers, noting that anyone with a lot of product samples on hand can become a broadcaster and use it to increase their popularity. It also urges users to invite their friends to join broadcasts in order to earn even more revenue – a move reminiscent of the ‘group buying’ model that allowed Pinduoduo to grow so quickly in its early days, in which it grew primarily through users sharing the app and banding together to earn discounts on WeChat.

Just two months ago, Pinduoduo denied that it was incubating a livestreaming unit after being spotted hiring for several broadcast-related positions (Chinese-language source) including a “video creative director” and “influencer agency operations manager”. Now that Pinduoduo is finally ready to unveil its livestreaming offering, it will be interesting to see how its addition reshapes the live commerce market.

Over the last few years, a growing number of ecommerce and content platforms have jumped onto the live commerce bandwagon. Besides the ‘big two’ of Alibaba and JD.com, a number of smaller ecommerce platforms also offer livestreaming: Mogu, a social commerce platform specialising in fashion, was a pioneer in live commerce and has incorporated it since 2015; Xiaohongshu, another social commerce platform that primarily sells luxury goods, began testing livestreaming features last December. Video platforms like Youku, Kuaishou and even Douyin (the Chinese TikTok) have also been getting in on the act.

It therefore comes as little surprise that Pinduoduo has joined their ranks: in order to retain its spot as one of China’s largest ecommerce companies and stay competitive, it needs to be able to take advantage of major trends in the space.

Livestreaming is also particularly popular with consumers in China’s second-tier cities and lower – that is, smaller cities outside of the major metropolitan centres like Beijing and Shanghai – reportedly due to the transparency and trust that it introduces into the ecommerce experience. This is important for Pinduoduo for two reasons: one, these consumers are its primary customer base, as it rose to prominence by targeting consumers in more rural areas that were underserved by the big ecommerce platforms; and two, livestreaming could restore a much-needed level of trust in Pinduoduo, which has attracted a reputation for peddling fake and shoddy goods.

Pinduoduo’s status as a budget ecommerce platform could also mean interesting things for the development of the live commerce market. We might see the emergence of a new brand of more ‘ordinary’ influencer instead of the glamorous, high-profile personalities that dominate other platforms. Pinduoduo’s entry into live commerce could also open up the livestreaming market to smaller businesses and cheaper products, the likes of which are popular on Pinduoduo but less prevalent on Alibaba and JD.com’s platforms – providing more exposure and business for small-time merchants and diversifying the types of goods that consumers can buy from livestreams.

Or, Pinduoduo might go down the more conventional route of trying to attract big-name KOLs to promote luxury goods, in order to further its recent attempts to break into the high-quality overseas goods market.

Pinduoduo has so far struggled to establish itself as a seller of premium and luxury goods, incurring rising operating costs and a slump in share price as it tries to broaden its offering beyond cheap deals and budget goods. A touch of livestreaming ‘glamour’ could help to turn its fortunes around – though it will find itself up against Alibaba and JD.com, who are both already well-established in this space.

Either way, livestreaming is likely to be an important value-added for Pinduoduo that gives its userbase reasons to keep coming back to the platform other than its steep group discounts. Its entry into the live commerce space is also further confirmation that this trend, which combines retail and entertainment, commerce and influencer culture, is becoming a mainstay of Chinese ecommerce.