An American teenager who is using makeup tutorials on TikTok to spread awareness of China’s detention of at least a million Muslims in internment camps in Xinjiang has claimed her videos are being censored by the platform.

In a three-part series that has gone viral on the international version of the Chinese short video-sharing platform, Feroza Aziz, 17, begins by appearing to show viewers how to use an eyelash curler.

She instructs: “Then you’re going to put [the eyelash curler] down and use your phone … to search up what’s happening in China, how they’re getting concentration camps, throwing innocent Muslims in there, separating families from each other, kidnapping them, murdering them, raping them, forcing them to eat pork, forcing them to drink, forcing them to convert.” 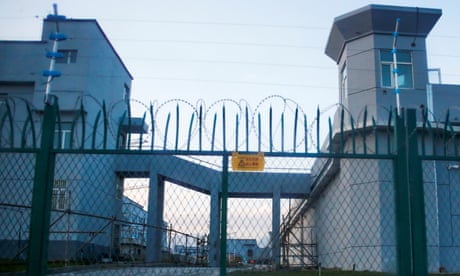 “This is another Holocaust, yet no one is talking about it. Please be aware, please spread awareness in Xinjiang right now,” she says, before turning back to the eyelash curling lesson. The post has more than 1.4m views on TikTok and has been widely shared on Twitter as well, where one post was viewed more than 5m times.

The teenager, who has said she is an Afghan-American from New Jersey, claims her account, @getmefamouspartthree has been censored in the past by TikTok. Her profile description reads: “Just a Muslim who wants clout. Got deleted last time”.

In one video she explains: “By the way I say this so TikTok doesn’t take down my videos.” She posted the same videos to Twitter and Instagram.

TikTok has denied censoring her posts. “TikTok does not moderate content due to political sensitivities,” a spokesman told the BBC. He said the company had banned one of Aziz’s videos because it broke rules on terrorism-related material.

Aziz has hit back that TikTok misunderstood her videos and immediately suspended her account after she posted content related to Xinjiang. In addition to videos about Xinjiang, she had made comical videos making fun of derogatory comments that she has received, including one related to Osama bin Laden.

“As a young Muslim growing up in a white community and in a country where your own people see you as outsiders, I grew accustomed with the racism,” she said. “I had to learn that I should not let these comments get to me and that I can make a positive impact – so that’s why I created my TikTok account. I created funny videos regarding the discriminatory comments I face every day.

“Then I made a new account and it was suspended right after I spoke about the Uighurs again. I did not get any message from TikTok on why my video spreading awareness was taken down and later on my account was deleted. I highly doubt TikTok’s response.. I find this really suspicious.”

TikTok, which is owned by the Beijing-based technology company Bytedance, has come under fire for censoring content deemed unacceptable by the government. 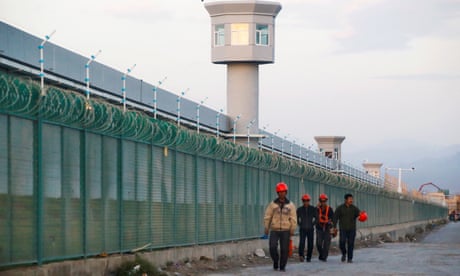 In leaked moderation guidelines seen by the Guardian, the company did not mention Xinjiang directly but banned “highly controversial topics, such as separatism, religion sects conflicts, conflicts between ethnic groups, for instance exaggerating the Islamic sects conflicts”.

International criticism and scrutiny of Beijing’s policies in Xinjiang have grown following unprecedented leaks of classified government documents that undermine Beijing’s claims that it does not run so-called re-education camps but voluntary vocational training centres. The documents directly connect Chinese leader Xi Jinping to the crackdown and detail guidelines in how to “prevent escape” of detainees who must stay in the camps for a minimum of a year.

Close surveillance of Uighurs and other minorities in Xinjiang has prevented many from communicating with the outside world, behaviour that lead to them being sent to a camp. Still, activists and Uighurs within China have used Douyin, the Chinese version of TikTok, to communicate with people overseas and most recently to raise awareness by posting videos of people crying or beating their chest.

Those overseas are also working to draw attention to the cause. Aziz said she was “astonished” after seeing her video go viral. “I’m so happy that I got to help spread awareness on an issue that needs to be brought to light,” she said.

In another video, she said: “Generations before us didn’t have the same power as we do now and that’s technology. We can reach millions across the world. We can reach those who have power to do something about it. Our voices can do so much.”