Strengthening the regulatory framework and setting clearer criteria to deregister poorly performing self-financing postsecondary colleges in Hong Kong will be among the priorities of the advisory committee that oversees the sector, its chairman said.

Anthony Cheung Bing-leung, who was last week reappointed to head the recently reformed Committee on Self-financing Postsecondary Education, revealed the plan in an interview with the Post.

The proposed move was among 13 recommendations the government adopted from a task force Cheung led that was set up to review those institutions, and to address problems within the sector.

There are 28 self-financing postsecondary institutions in Hong Kong, which can award degrees, associate degrees, and higher diplomas, providing more than 30,000 intake places a year. There are also six publicly funded universities that run one or more private extensions.

The revamped committee, which was first set up in 2012, will see an increase of seven to 21 members including two overseas experts for the first time – both of whom are incumbent or ex-members of the University Grants Committee. It will meet for the first time next month

Cheung said the overseas experts would not only “bring in new perspectives” on higher education developments, but could also avoid possible conflict of interests.

Secondary College Ordinance enacted in 1960, to tighten the regulatory framework of the sector, and a top priority was to set out the criteria to deregister colleges that performed poorly.

The task force’s report said while there was a mechanism for deregistering an institution, which would mean it could not award degrees, procedures and criteria should be set out more clearly.

The report said some private postsecondary institutions had been criticised for substandard teaching, as well as constantly falling behind student enrolment targets. But Cheung said key parameters or criteria to be set out “should not be too rigid”.
Separating self-financing arms from public universities will help, not hurt them, education task force says

Figures from the Education Bureau had shown that Gratia Christian College, for example, which was established in 2015, had a student intake of only 39 in the 2018-19 academic year, when its enrolment target was 240.

Cheung said another priority for his committee was to unify the self-financed institutions’ regulatory arrangements, as those run by the publicly funded universities and the private sector were governed under different ordinances.

The task force’s report said the private self-financed institutions generally held the view that those run by publicly funded universities enjoyed privilege on branding, more flexible accreditation arrangements, and better subsidised facilities. They had called on the government to “step up regulation or even cease such programmes’ operation”. 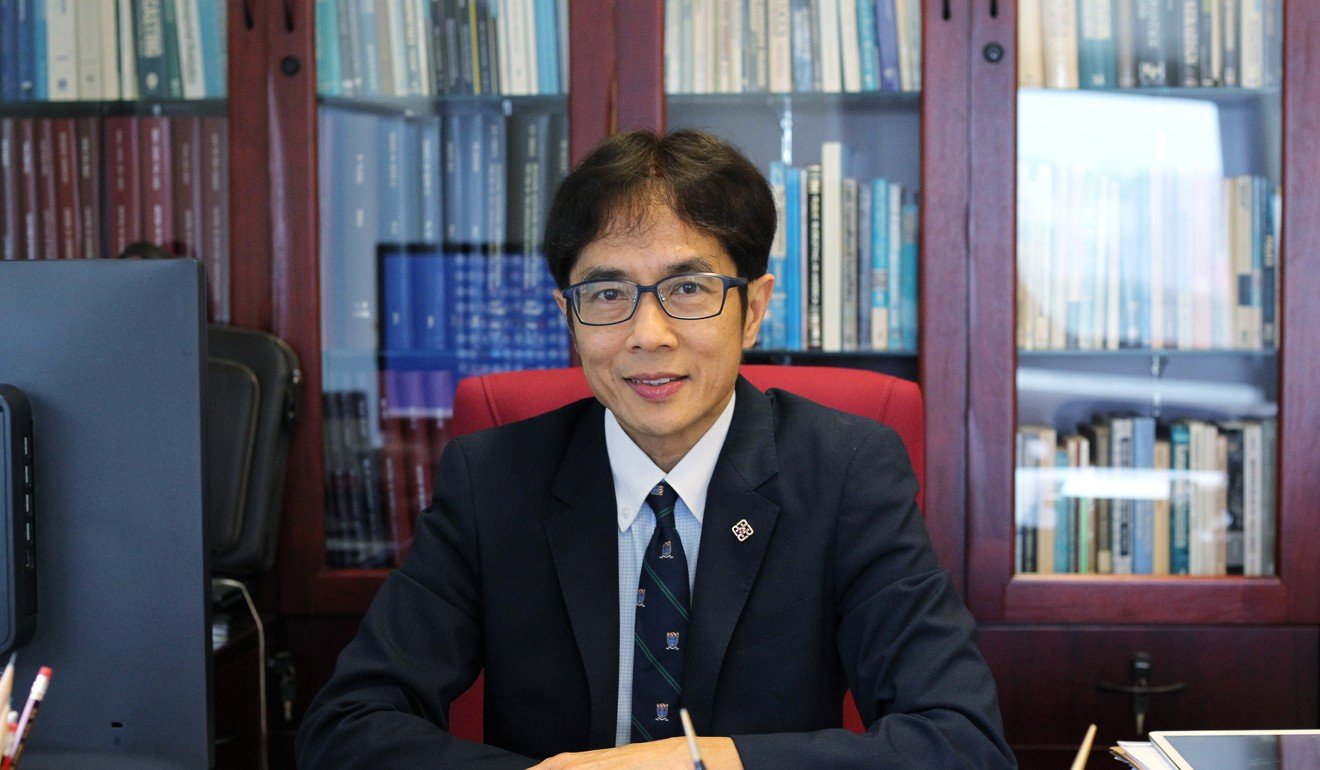 Peter Yuen is not convinced that urgent reform is needed. Photo: Roy Issa

While the report suggested universities should separate the operation of the self-financed and publicly funded programmes, it said this should be handled with care, as making it mandatory could raise concerns over the encroachment of institutional autonomy.

“Specifically how we are going to [handle the migration arrangements] would only be settled after deliberations are made at the committee,” said Cheung, adding further consultations with stakeholders would be carried out in the first half of next year.

Peter Yuen Pok-man, Dean of Polytechnic University’s College of Professional and Continuing Education, welcomed the committee’s revamp, but did not believe the laws were in urgent need of reform.

Overall performance of the private arms of all publicly funded universities have been satisfactory. I can’t see where the urgency is to change thatDean of Polytechnic University’s College of Professional and Continuing Education Peter Yuen
Yuen, who recently departed as chairman of the Federation for Self-financing Tertiary Education after serving for six years, said it was also important to take into consideration students’ voices on whether self-financed extensions should be mandatorily detached from their mother institutions.

“Overall performance of the private arms of all publicly funded universities have been satisfactory. I can’t see where the urgency is to change that,” he said.

Chui Hong-sheung, the president of Gratia Christian College, said it was fair for poorly performing institutes to be deregistered, but disagreed that student enrolment figures should be a key criteria.

He said the college’s student intake for the 2019-20 year had more than doubled to over 90, and was confident that would continue to grow.