Cities in northeast China were blanketed in thick smog over the weekend, with the weather bureau issuing orange smog alerts – its second-highest warning – for seven areas in the region.

The central meteorological administration on Sunday warned of heavy smog in Tianjin and cities across Hebei, Shandong, Henan, Anhui, Jiangsu and Hubei provinces after the alerts were issued on Saturday.

It said visibility was less than 200 metres in some areas in central and southern Hebei, Shandong, central and eastern Henan, and in northern Hubei. In the worst-affected areas, visibility was down to less than 50 metres. The pollution warnings are expected to be in place until Monday.

The latest alerts come a day after a new study from the Energy Policy Institute at the University of Chicago said China’s average life expectancy could be increased by 2.9 years if its air quality improved to levels recommended by the World Health Organisation.

While EPI director Michael Greenstone said China was “winning its war against pollution” with large improvements, its average emission levels continue to be much higher than WHO limits. 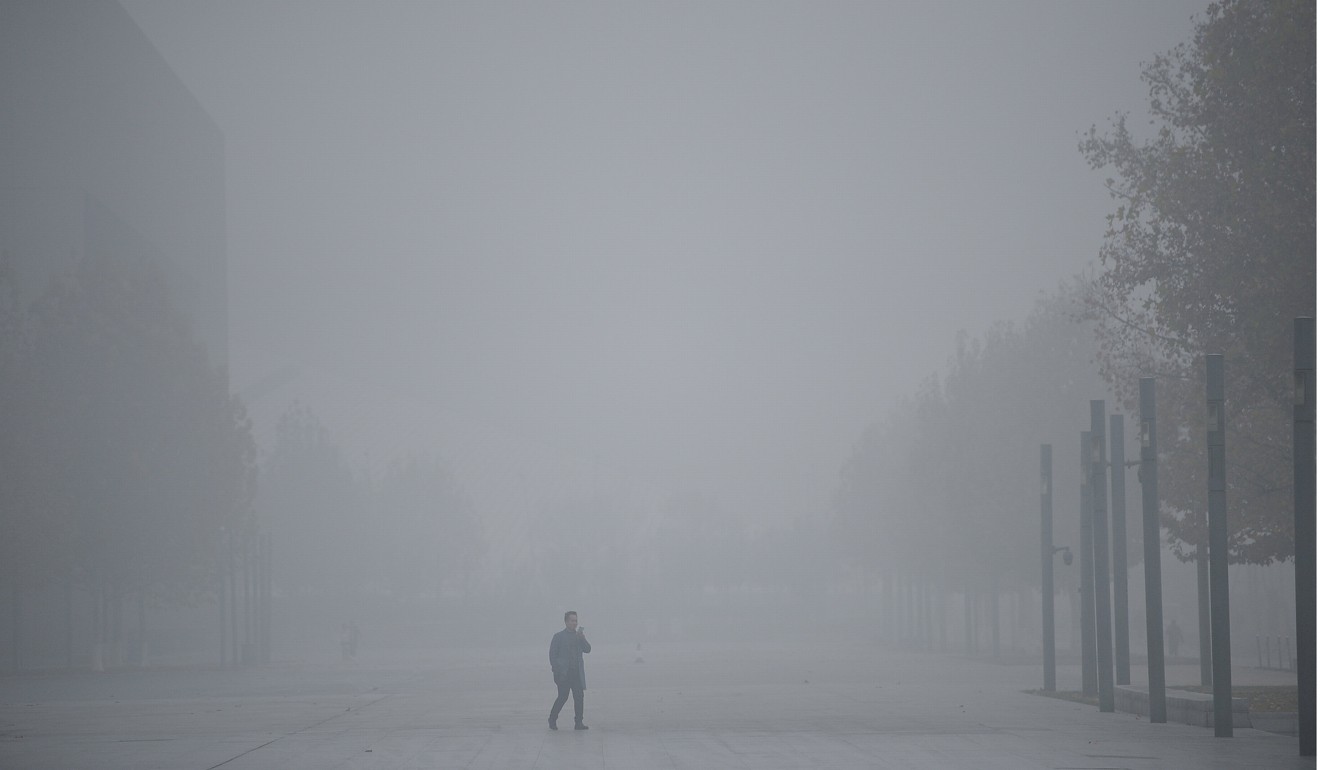 China has in recent years stepped up efforts to reduce air pollution, which becomes particularly severe in winter because of small-scale coal burning. Beijing issued its first orange smog alert for the winter in November. The Chinese government has also sent inspectors to 31 provinces in the last two years and punished 10,000 people for violating environmental protection regulations.

In December, the Ministry of Ecology and Environment said it would not relax environmental protection targets in 2019, as it dropped blanket production cuts in the Beijing-Tianjin-Hebei area for more localised measures.

While China is still restricting industrial output, traffic and coal use this winter, the ministry said earlier it would allow steel plants to continue production.

Targets for emissions cuts were also revised down to reducing PM2.5 – dangerous airborne particles – by 3 per cent rather than 5 per cent, the South China Morning Post has reported.

The plan is a reversal from the more aggressive anti-pollution drive last winter, when coal was banned in northern cities in favour of cleaner-burning natural gas. Authorities had to backtrack on the ban after supply shortages and a lack of infrastructure left millions without heating.

Analysts said this year’s winter plan prioritised growth instead, particularly as the economy continues to slow and amid fallout from the ongoing trade war.

Despite its efforts to reduce smog, Henan was the only province to see air pollution worsen in December, with PM2.5 averaging 82 micrograms per cubic metre – an increase of 12 per cent from the year before, Reuters reported.