Researchers have traced a dangerous parasite found in two Chinese patients to their consumption of raw centipedes.

This is the first time the food-borne parasite, which can prove fatal to humans, has been found in centipedes, according to research published by the American Journal of Tropical Medicine and Hygiene on Monday.

“We don’t really hear of people eating raw centipedes, but apparently these two patients believed that raw centipedes would be good for their health,” said Lingli Lu, one of the lead scientists of the study and a researcher in the Department of Neurology in Zhujiang Hospital. “Instead it made them sick.”

The patients, a 78-year-old woman and her 46-year-old son, who were treated at a southern Chinese hospital had been suffering for weeks from headaches and drowsiness.

A group of Chinese scientists later confirmed centipedes as the hosts of the parasite after performing DNA analysis on the remains of the insects, the medical journal reported.

Centipedes are widely used in traditional Chinese medicine, though usually in dried or powder form, which do not carry the parasite.

It is the first time the food-borne parasite, Angiostrongylus cantonensis – known as rat lungworm for its preference for the arteries of rats’ lungs – has been detected in centipedes. The roundworm is typically found in snails and other mollusks. In China, African giant land snails and apple snails are the main hosts of the parasite, the study said.

Mild infections with the parasite may clear up on their own. But in some cases the worm can penetrate the brain and spinal cord, leading to meningitis – an infection of the fluid around the brain – and in rare instances, to paralysis and death, researchers said.

The two patients came from a rural area in the southern Chinese province of Guangdong, where a rumour spread about the health benefits of consuming raw centipedes, Lu said.

They arrived at Zhujiang Hospital complaining of headaches, drowsiness and cognitive impairment in late 2012, but doctors found their key health indicators to be normal.

When the test results ruled out viral or bacterial causes, the medics tested the patients’ cerebrospinal fluid in their brains, finding a rise in eosinophils, a variety of white blood cell that are an antibody to the parasite.

After learning the patients had eaten raw centipedes for the rumoured health benefits, doctors treated them with albendazole – medication widely used in parasitic worm infestations. 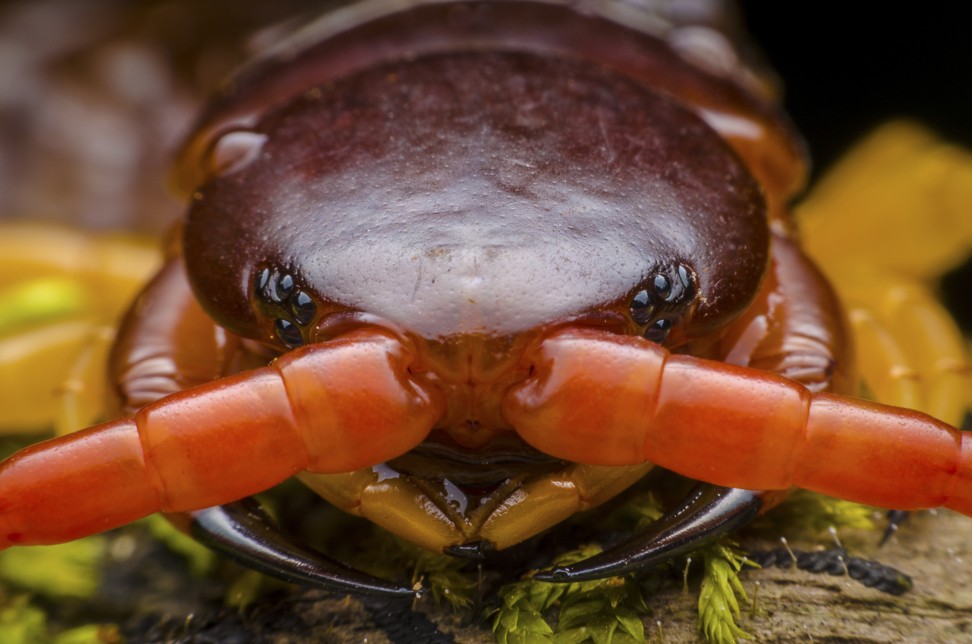 They recovered after three weeks of this course of treatment, Lu said.

To study the role of centipedes as hosts of the roundworm, Lu and her team bought 20 of them from the same wet market in Guangdong where the patients had bought their centipedes, and found the parasite’s DNA in seven of them.

On average, 56 third-stage larvae were found in each of the centipedes, the study said.

The centipedes were originally caught in Guangxi province in southern China, Lu said.

However, in a follow-up experiment, all 20 centipedes died after being infected with the parasite in a laboratory. This indicates the insect is more likely to serve as a temporary host rather than an intermediate host that can carry and spread the worm over a long period of time, she said.