Home Asia How American crayfish invaded Chinese hearts and stomachs, and how to cook...

Shunned elsewhere as an invasive species, crayfish are close to becoming a national dish in China, where breeding them has become a huge industry. And Chinese have the Japanese to thank for it.

Production across China jumped from 265,000 tonnes in 2007 to 850,000 tonnes in 2016, according to China’s Ministry of Agriculture and Rural Affairs. A further 49,000 tonnes were caught in the wild in the latter year. China has become the world’s biggest exporter of crayfish.

Chinese eat more than 90 per cent of the crayfish consumed globally, and China imports frozen crayfish from Turkey and Africa. Scenes of World Cup viewers swigging beer and gorging on the red crustacean are currently playing out in bars and restaurants across the country.

The phenomenon of a people feasting on a creature which harms crops and feeds partly on carrion so intrigued Chinese University of Hong Kong anthropology professor Sidney Cheung that he spent four years in the United States, Japan and Jiangsu in China researching the origin of dishes made with crayfish. 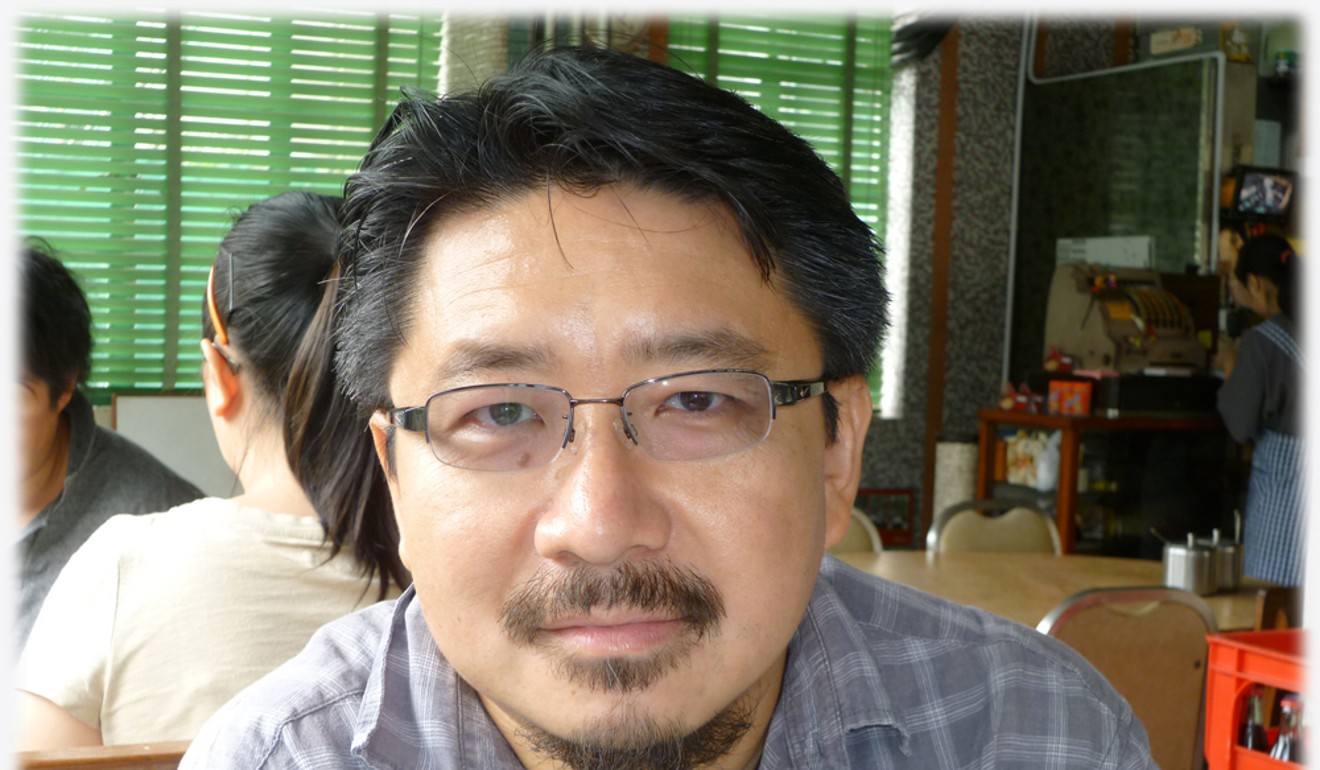 Cheung, who has spent 15 years researching aquaculture development in coastal communities, such as the oyster farms and freshwater fish farms of Hong Kong, recently gave a talk on crayfish culture in Shenzhen, a city on China’s southern border with Hong Kong, which was broadcast on the Yixi web channel.

Called the little lobster by the Chinese, the crayfish, unlike its saltwater cousin, lives in freshwater lakes and swamps. And while lobsters prefer to eat fish and molluscs, crayfish will eat anything they can get their claws on – including decaying plants, dead fish and insects. 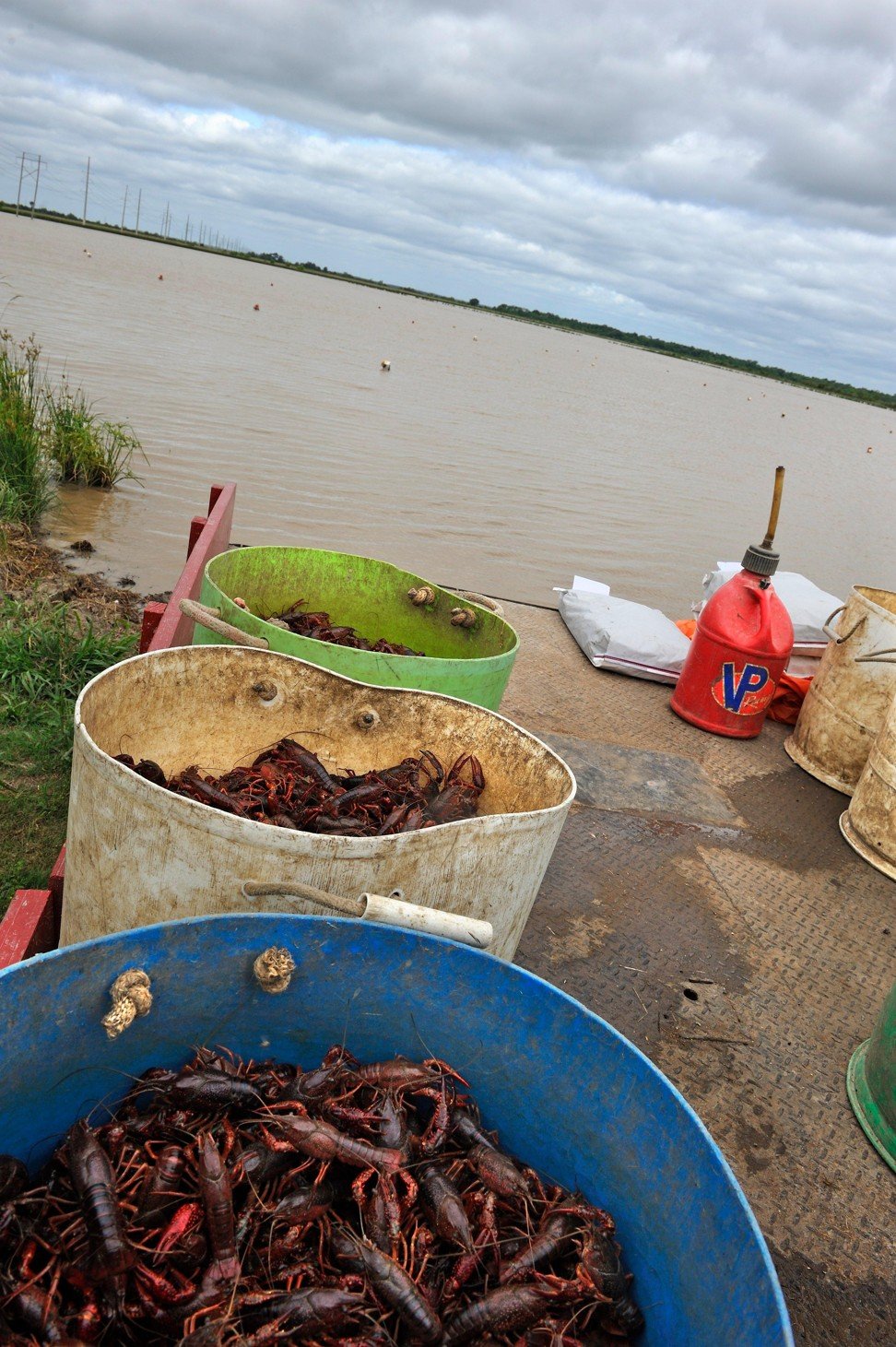 The red swamp crayfish – scientific name Procambarus clarkii – originates from Louisiana, a southern US state, and was brought to China by Japanese civilians, who reared them as pets during the second Sino-Japanese war (from 1937 to 1945), says the professor. A number of myths are attached to its arrival.

“One myth said that the Japanese brought it to China to harm Chinese rice farming in Jiangsu, as the crayfish eat the roots of crops. Another, more frightening, myth said the Japanese used the creatures to clear decaying [Chinese] corpses.

“However, according to my research, the Japanese didn’t import it to China intentionally. The first crayfish spotted in China was in a lake near the airport in Nanjing. Japanese families released their crayfish pets there when they left China after the war.”

Crayfish had been imported to Japan earlier to use as feed for another imported species, the South American bullfrog, which Japanese prized for being low in fat, high in protein and easy to raise.

“The bullfrog eats the crayfish in its moulting stage when its skin is soft,” he says.

The two animals were among a number of species brought to Japan from the West as part of its modernisation drive begun under the Meiji restoration. Pigs and rainbow trout were among other animals brought in to improve the Japanese diet.

Today, says Cheung, most Japanese see the crayfish as an alien invasive species blighting their lakes’ ecosystems. But Louisianians love them, as he discovered on a visit in 2011. The state produces some 64,000 tonnes of them per year. 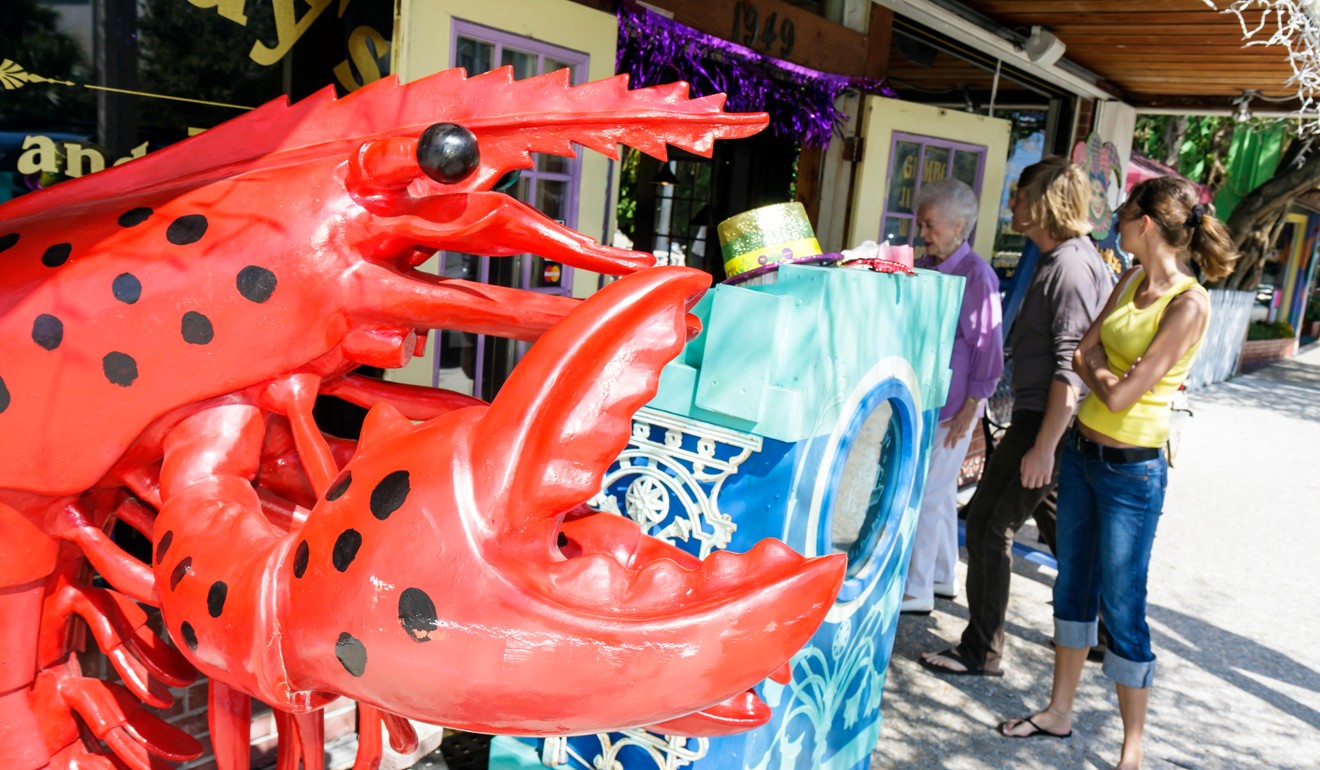 “I went to New Orleans. In Louisiana there were sculptures of crayfish and they were seen as a symbol of strength,” says Cheung. “The animals are resilient … But that is also why many people nowadays regard crayfish as dirty, as they burrow into mud to protect themselves.” 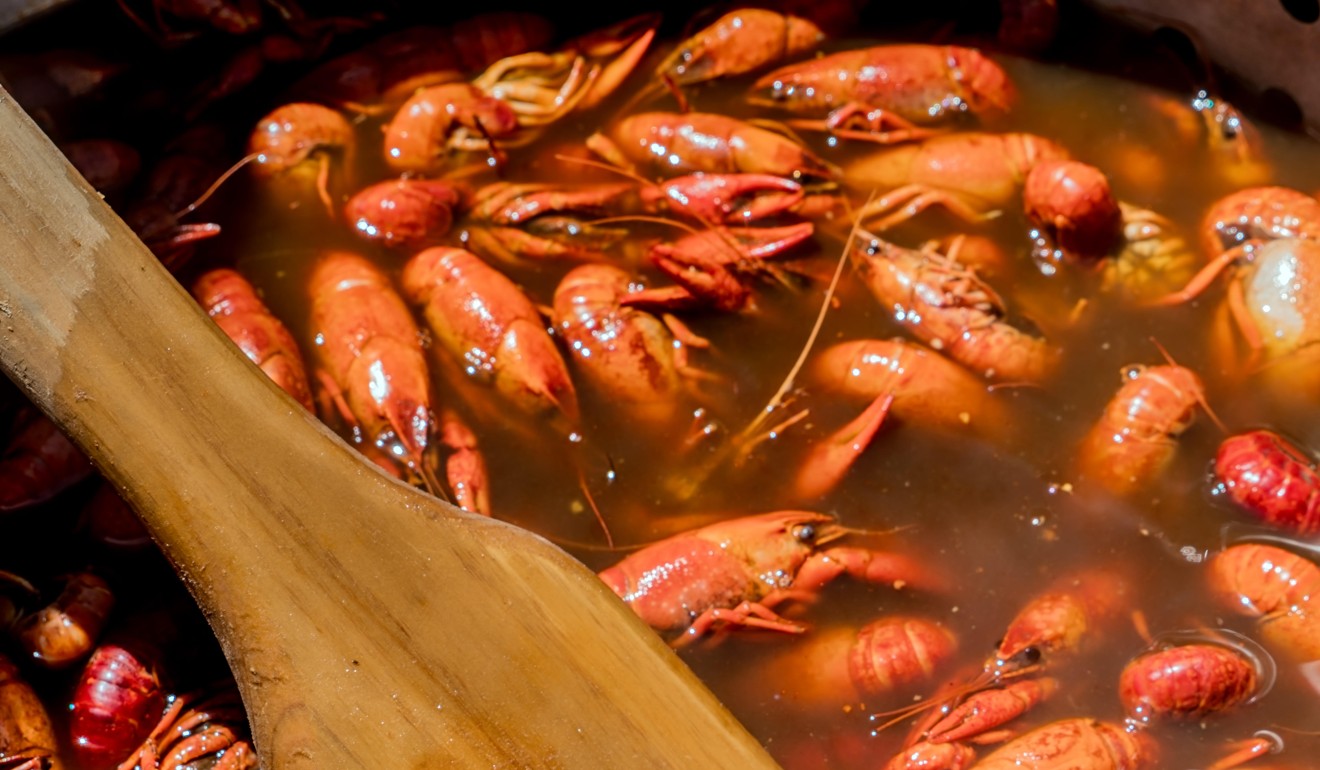 They migrated to the poor American South. While modern Chinese boil crayfish in soup with cream, tomatoes and onions, the French-speaking migrants removed their heads, stuffed them with breadcrumbs and spices and ate them with a light soup with little shrimp and crabs. This traditional dish is a popular home-made dish among people from New Orleans.”

“After rice harvests, crayfish farming can be done as the crayfish can act as field sweepers, eating the roots of crops.” 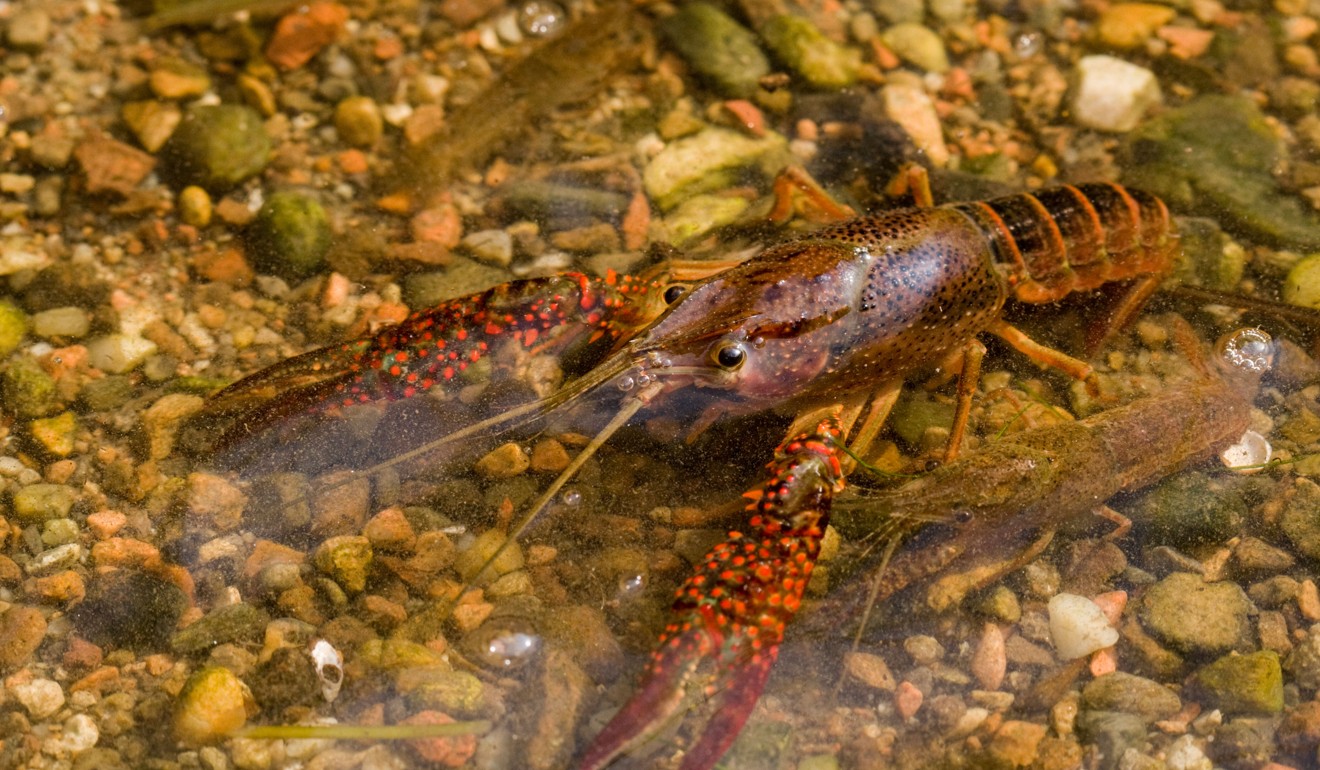 The crustacean is so popular along the Mississippi River that Elvis Presley crooned the song Crawfish in his 1958 movie King Creole, shot in New Orleans.

“For Americans, like jazz, crawfish has become something exotic, representing the South. Over 90 per cent of crawfish [in the US] is consumed in Louisiana. They have airport souvenirs like hats and mugs inscribed with crayfish. They use the freshwater animal to boost tourism.”

The people of Xuyi county near Nanjing in China’s Jiangsu province have done likewise, says Cheung.

A couple who created a dish using 13 kinds of spices won a crayfish cooking contest and “13-spice crayfish” has become a famous dish there. “There’s ma la spicy, minced garlic and even Japanese wasabi iced versions of crayfish. I like the ma la style.” 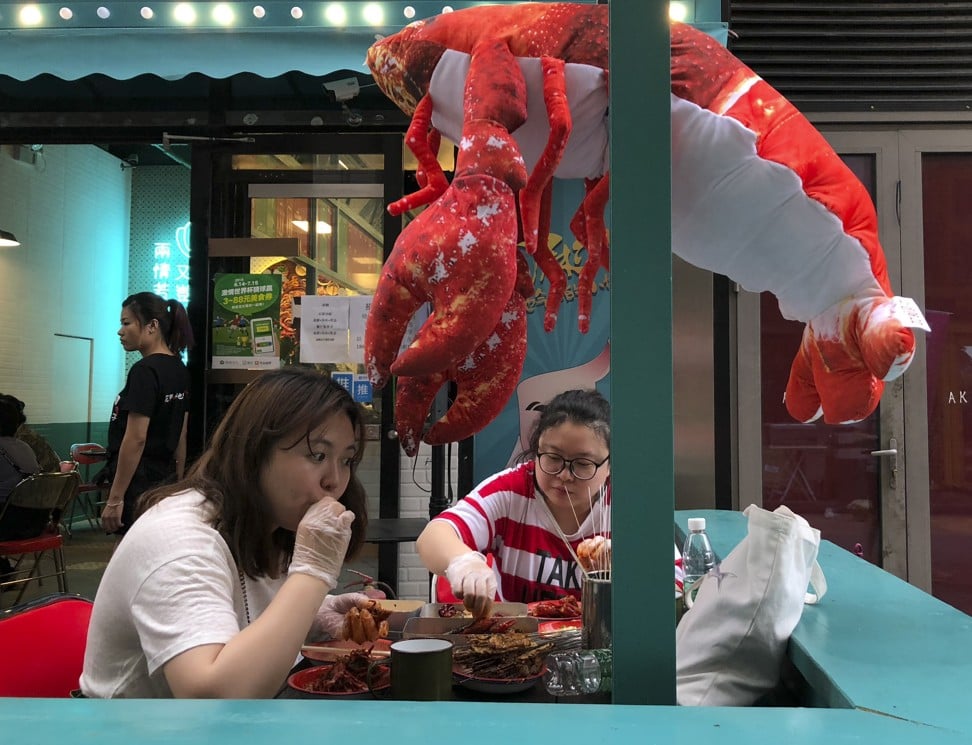 The crayfish in Xuyi were first eaten by migrants from inland cities looking for work in coastal Jiangsu in the 1980s.

“Before the 1980s, Jiangsu people didn’t like the crayfish because of its Japanese connotations and cheap nature. But migrants in poor [coastal] villages ate it and farmed it.

“Now Xuyi people are proud of crayfish. They have one-stop businesses based on it, from farming, wholesale and logistics to retail. They also vacuum-pack them for tourists to buy as gifts.”

With crayfish restaurants and schools teaching how to cook the delicacy popping up across China, Cheung says crayfish farming is an opportunity for China’s farmers.

“Xuyi people told me crayfish eat anything, including duck feed and yellow beans. Some farmers even buy poultry innards as feed. But such dirty feed won’t make for a good, sustainable industry. I have interviewed some locals who grow aquatic plants as feed. They can monitor the feed quality better in this way.

“I am not a biologist, so I don’t know whether crayfish are dirty or not. But if there are good farming environments and feed, and diners cook them thoroughly, crayfish can be a very good food source,” says Cheung. 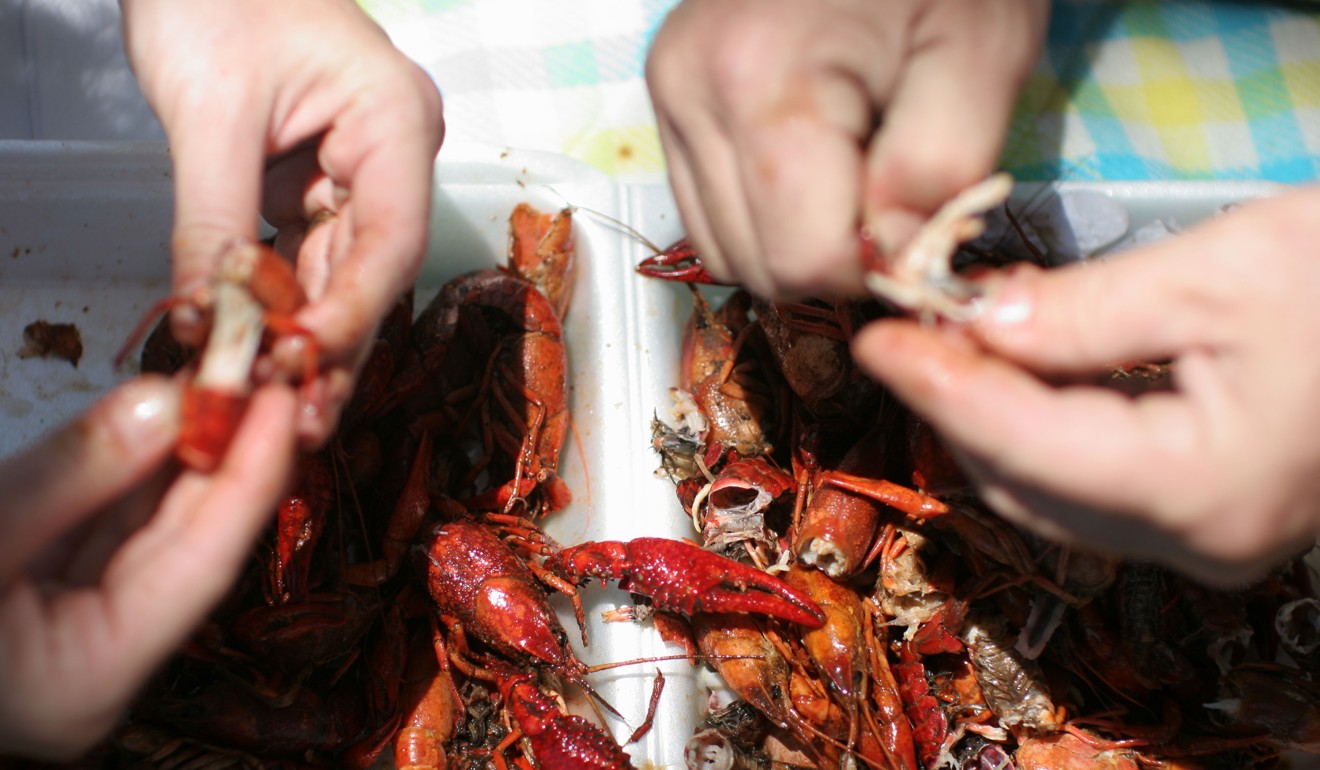 With June to September being the crayfish season in China, there are occasional news reports about diners falling ill after consuming the delicacy at this time of year. In 2010 dozens of people in Nanjing contracted a rare muscular condition called rhabdomyolysis, also known as Haff disease, which can cause acute renal failure.

To avoid illness, those who crave crayfish should observe the following rules:

1. Do not eat raw crayfish or buy dead ones as histidine, an amino acid, in the creature’s protein cells turns poisonous after they die.

2. Do not eat the heads, as they are a hotbed for parasites; it is best to remove the heads before cooking.

3. Consume the high-protein food with restraint. People prone to allergic conditions, and those with gout, should avoid eating crayfish. 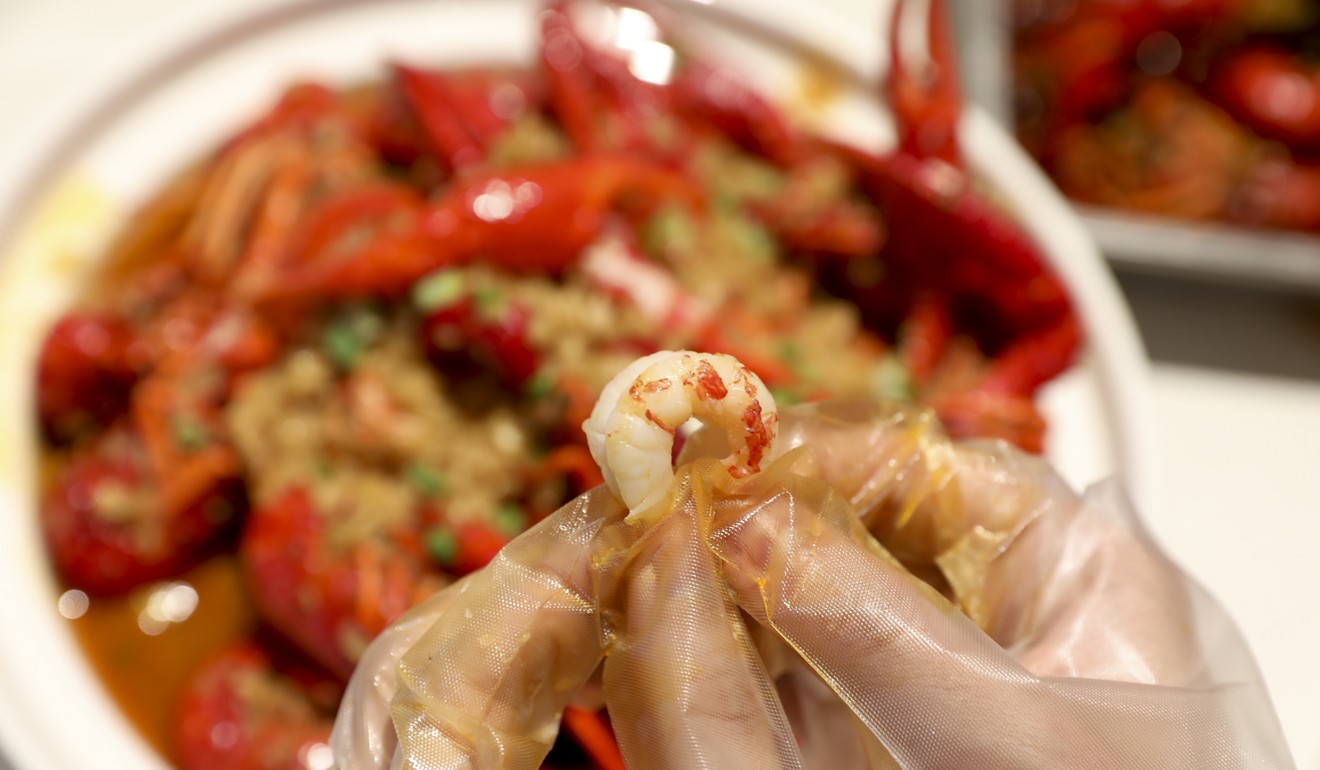 4. Wash them thoroughly, especially the gills where bacteria gather. Avoid crayfish with gills that are grey or look dirty. Use a brush to clean the shell. The intestines must be removed.

5. The stomach (found near the head) must be removed using scissors after cutting the head.

6. Crayfish must be boiled thoroughly to kill bacteria and germs. Thoroughly cooked crayfish flesh has a crunchy texture.

7. The orange-yellow gloop on the crayfish’s head may look like roe, but is best avoided – this is the crayfish’s digestive gland, containing its liver and pancreas.