Hong Kong’s beleaguered government will consider setting up a widely demanded commission of inquiry if the public is dissatisfied with the police watchdog’s report into the use of force by officers during more than four months of chaotic and violent protests, sources have told the Post.

The revelation goes a step beyond Chief Executive Carrie Lam Cheng Yuet-ngor’s recent promise to explore alternatives if the report of the Independent Police Complaints Council (IPCC), due by the end of this year, does not placate the protest movement and its supporters.

Lam has so far rejected this core demand by protesters for an independent inquiry into allegations of police brutality since the public backlash against her now-withdrawn extradition bill began in June, saying it should be left to the IPCC.

She is worried about how the 30,000 strong police force will react, given that officers see themselves as the victims rather than perpetrators of violence.

A source close to the government said top officials were now mulling such an option.

“The government really wants to see the public response to the IPCC’s report first. If members of the public are not happy with the IPCC’s report, a commission of inquiry could be considered as a possible way to respond to their concerns,” the source said.

“It could be a commission looking into certain incidents in recent months, without having to toil on what happened on each day since the protests started in June.”

The source said the government’s change of heart on the issue was attributable to the progress in talks between China and the United States to end their trade war. The two sides are expected to sign a temporary trade deal soon, which could see Washington toning down its open support for the protests.

“The government’s latest stance on an independent inquiry into police conduct, coupled with the green light for several candidates who were previously linked to self-determination advocacy to run in next month’s district council elections, can be seen as signs of Beijing’s softer approach on dealing with the protests,” the source said.

A government insider stressed that the IPCC investigation was still the main focus, and any inquiry after that would have to supplement, rather than replace, its findings. 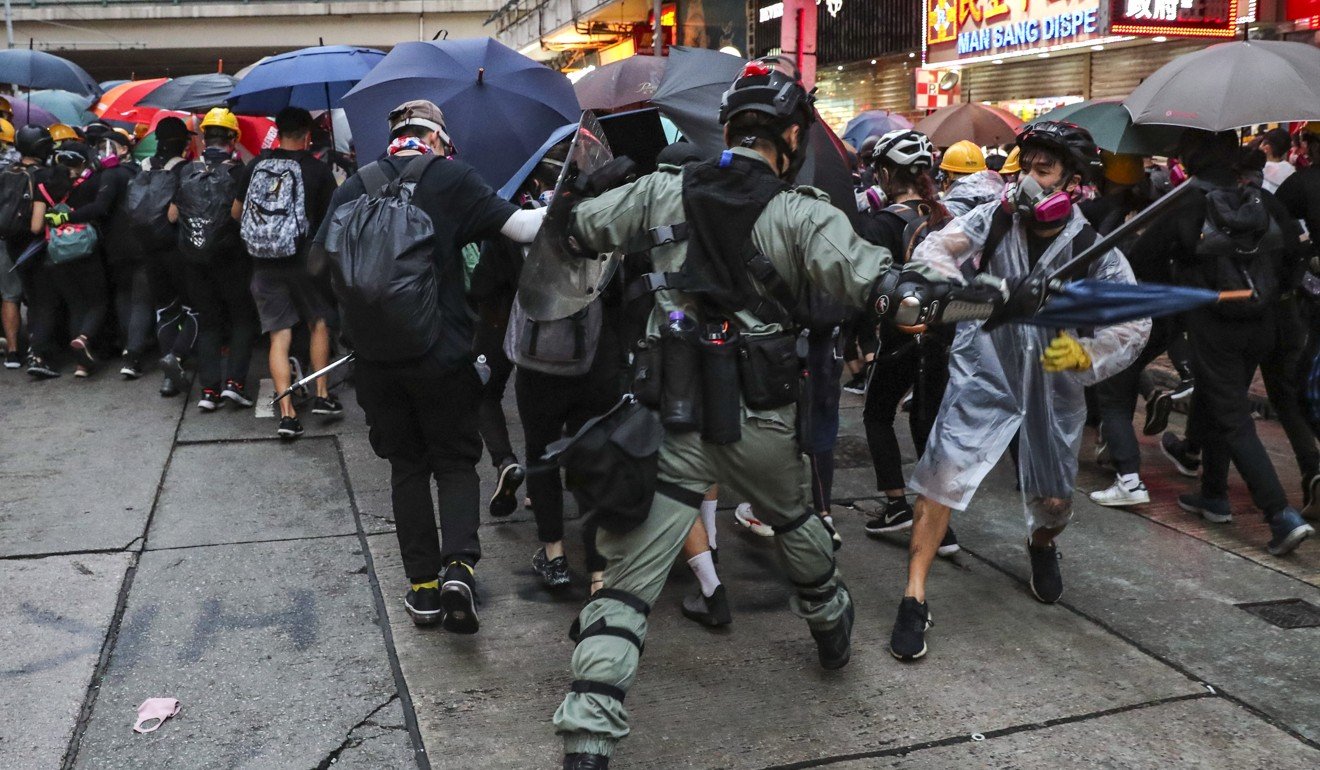 Police clash with protesters during a demonstration against the anti-mask law. Photo: Sam Tsang

Such an inquiry could look into areas beyond the ambit of the IPCC, the insider said, or issues identified by the watchdog that would require further investigation.

Several observers, including eight former political appointees in the administration, have said a wider inquiry into the actions of both protesters and police might be more palatable.

Lam herself said the government would not tolerate “any unlawful or violent act, including by police”. During her first community dialogue on September 26, Lam insisted the IPCC was already on the job and it would be best to leave the task to the watchdog.

“Shouldn’t we let the IPCC complete its work in a few months, then make a judgement on whether or not we can accept its conclusion?” she said at the time.

At a meeting with 500 Beijing loyalists in Shenzhen on August 7, Zhang Xiaoming, director of the Hong Kong and Macau Affairs Office, left open the possibility of setting up a commission of inquiry after order was restored.

A spokesman for the Chief Executive’s Office said the government preferred to let the IPCC do the job for now.

“The chief executive has pledged that the government will seriously follow up the recommendations made therein,” the spokesman said.

In a television interview on Sunday, Lam said the IPCC probe would cover several controversial incidents, including the Yuen Long attack on the night of July 21, when a rampaging mob assaulted protesters and passengers indiscriminately in and around the MTR station.