China’s vaccine production and distribution system is beset by fake data and fraudulent labelling, raising the risk of outbreaks of highly transmissible diseases, according to industry insiders and health experts.

According to the State Drug Administration, Changsheng Bio-tech forged data on the effectiveness of its rabies vaccines and sold substandard DPT (diphtheria, whooping cough and tetanus) shots for children as young as three months old.

The revelations undermine China’s claims to have established a world-class “whole-life cycle regulation system”, controlling the research, production, distribution and administration of vaccines.

Compulsory vaccines such as DPT are given to children under a state-sponsored health programme through hospitals and the country’s 3,500 or so local disease control centres for free, with domestic producers supplying about 95 per cent of the injections. Optional vaccines such as hepatitis B and influenza shots are provided mainly on a commercial basis. 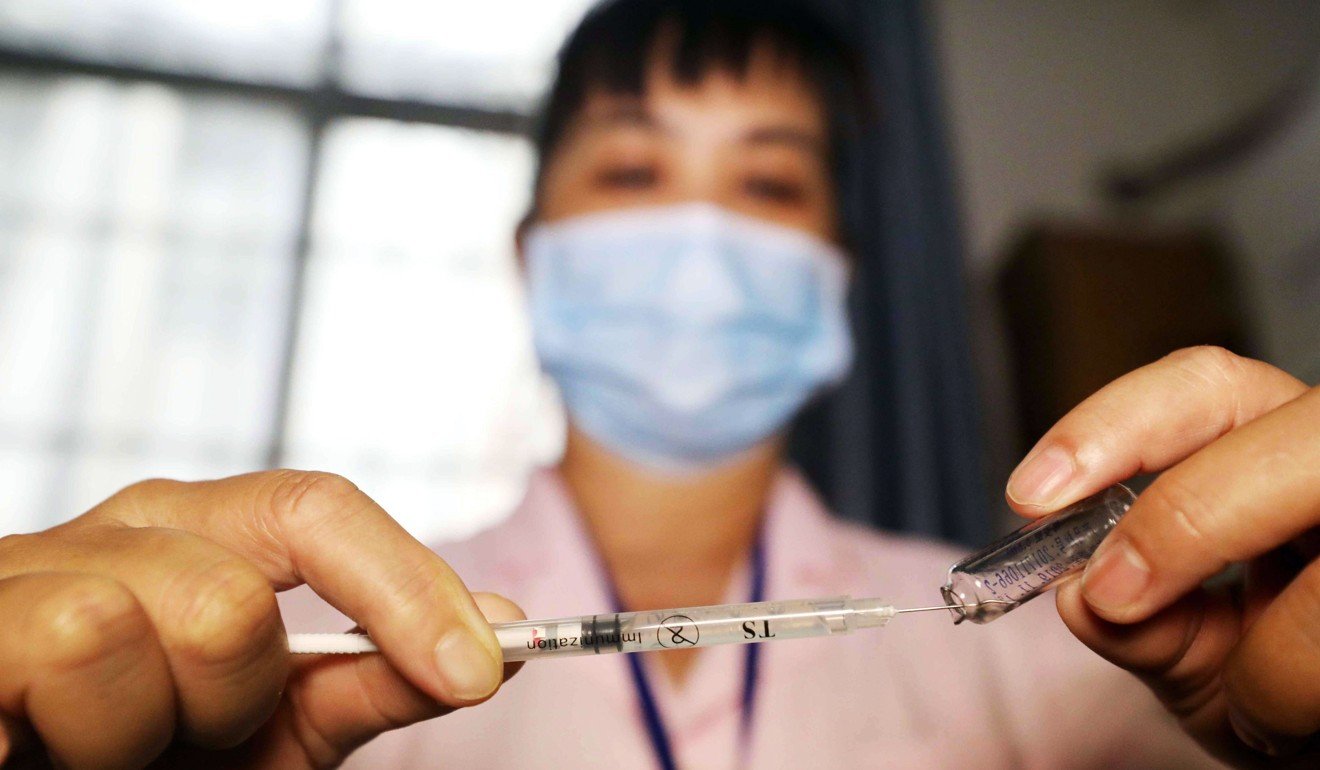 While there are no official figures or reliable independent assessments about the full extent of the problems, past cases have pointed to fraud throughout the vaccine supply chain in China, from laboratories to vaccination centres.

The head of one disease control centre for about half a million people said problems with the quality of vaccines had existed for a long time and “everyone inside the loop knows it”.

He said his centre was often plagued by funding shortages and forced to “make money” to cover basic operations.

“Government funds are allocated to the local health bureau, but the bureau only gives a very small amount of money to my station,” the centre head said.

In one extreme case, a staff member at the centre filled a syringe with water and sold it to a patient as a rabies shot, the source said.

The source also said it was a common practice for lower-level disease control centres to push clients to have optional, paid-for injections.

“If everyone comes here for free vaccines, how can the centre maintain its operations [without adequate funding]?” he said.

It was also common practice to sweep the numbers for some diseases under the carpet rather than treat them, the source said.

“Basically, we did not do anything to prevent malaria and many medicines are stored in our station too long and they pass their expiry date,” he said.

“We dare not openly report malaria cases because once the number is known by others, we will surely be punished.”

The fraud also extends to production, according to a senior executive with a Chinese vaccine maker who said manufacturers often forged vaccine test data to get state approval.

In Changsheng Bio-tech case, the company “forged production logs and product inspection records and randomly altered production technical parameters and equipment”, according to the SDA.

The firm also supplied 252,600 substandard DPT vaccines to the Shandong Centre for Disease Control and Prevention.

A government investigation of the manufacturer found that the company had used expired materials and conducted experiments on mice at the wrong time. To cover up its procedural violations, the firm faked production and testing records, and issued receipts that contained false information about when the mice had been bought.

Changsheng is not an isolated case. The Wuhan Institute of Biological Products, another big vaccine maker, sold 400,520 inferior DPT vaccines to Chongqing and Hebei, the SDA said.

A decade ago, health authorities were also thrown into damage-control mode when an investigation published in the China Economic Times found that four children in Shanxi died and dozens of others were sickened after receiving injections for encephalitis and acute disseminated encephalomyelitis.

The report said the vaccines, which are sensitive to light and heat, were exposed to high temperature during transport. 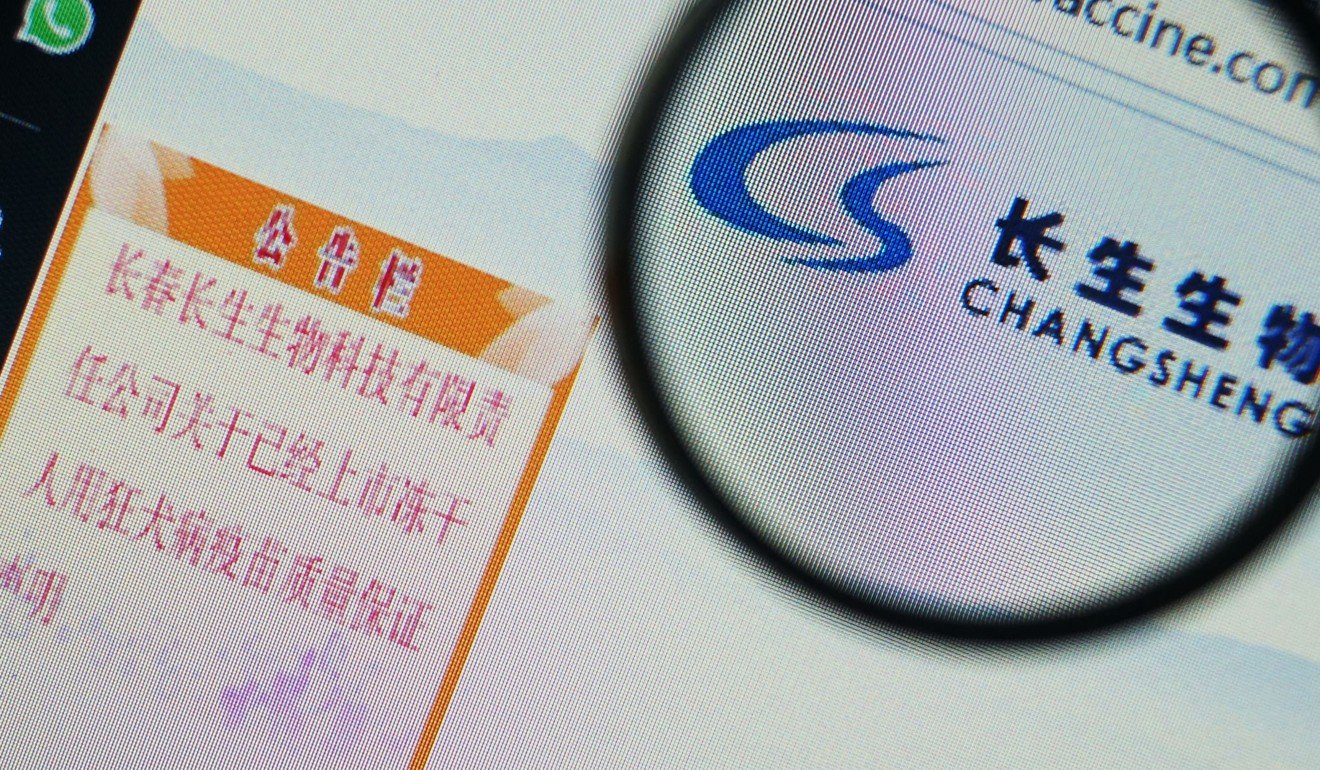 The provincial health department looked at 15 of the cases and found that just two might have been linked to improper vaccination. No officials were removed from office. Bao Yueyang, the newspaper’s editor-in-chief, was sacked and a media blackout was imposed.

The health ministry then introduced rules barring all individuals and institutions, other than “expert consortiums set by China’s disease control authority”, from determining whether an illness was caused by vaccine, making it impossible for anyone other than the vaccine authority to question quality and effectiveness of vaccines.

A scandal in 2016 in Shandong resulted in more changes to the system. The case involved the widespread illegal sale and distribution of vaccines that had been improperly stored and transported. In the aftermath, the central government centralised the purchase of vaccines via provincial procurement platforms and imposed stricter storage and transport requirements.

The World Health Organisation lauded the new system, saying it “not only sets the path to ensure illegal activities such as those exposed in Shandong cannot happen elsewhere, but will make the system stronger overall”.

That optimism now looks premature, with a wave of mainland Chinese parents expected to head to Hong Kong to vaccinate their children.

Beijing is trying to assure the public that the scandals are isolated cases and the consequences are under management.

But health experts said ineffective vaccines presented major dangers for the population as a whole.

Joseph Wu, an epidemiology professor at the University of Hong Kong, said ineffective vaccines given to a large population could increase the possibility of an outbreak, particularly for highly transmissible infectious diseases such as measles.

Yuen Kwok-yung, a Hong Kong microbiologist, physician and surgeon, warned that, even inferior vaccines did not cause immediate harm to the recipient, it could lead to trouble down the road, especially with diseases spread from person to person.