Police in Pakistan alleged that a deadly attack on the Chinese consulate in Karachi last year was planned in Afghanistan with the support of India’s spy agency – a claim India has denied.

Five suspects – all from Pakistani separatist group the Balochistan Liberation Army – have been arrested in Karachi, Hub and Quetta over the attack, Shaikh told media on Friday, according to The Express Tribune.

During the attack on November 23, three militants attempted to enter the Chinese consulate in Karachi but were shot dead by police at the checkpoint. Two police officers and two civilians were also killed during the exchange of fire. The BLA claimed responsibility for the attack. 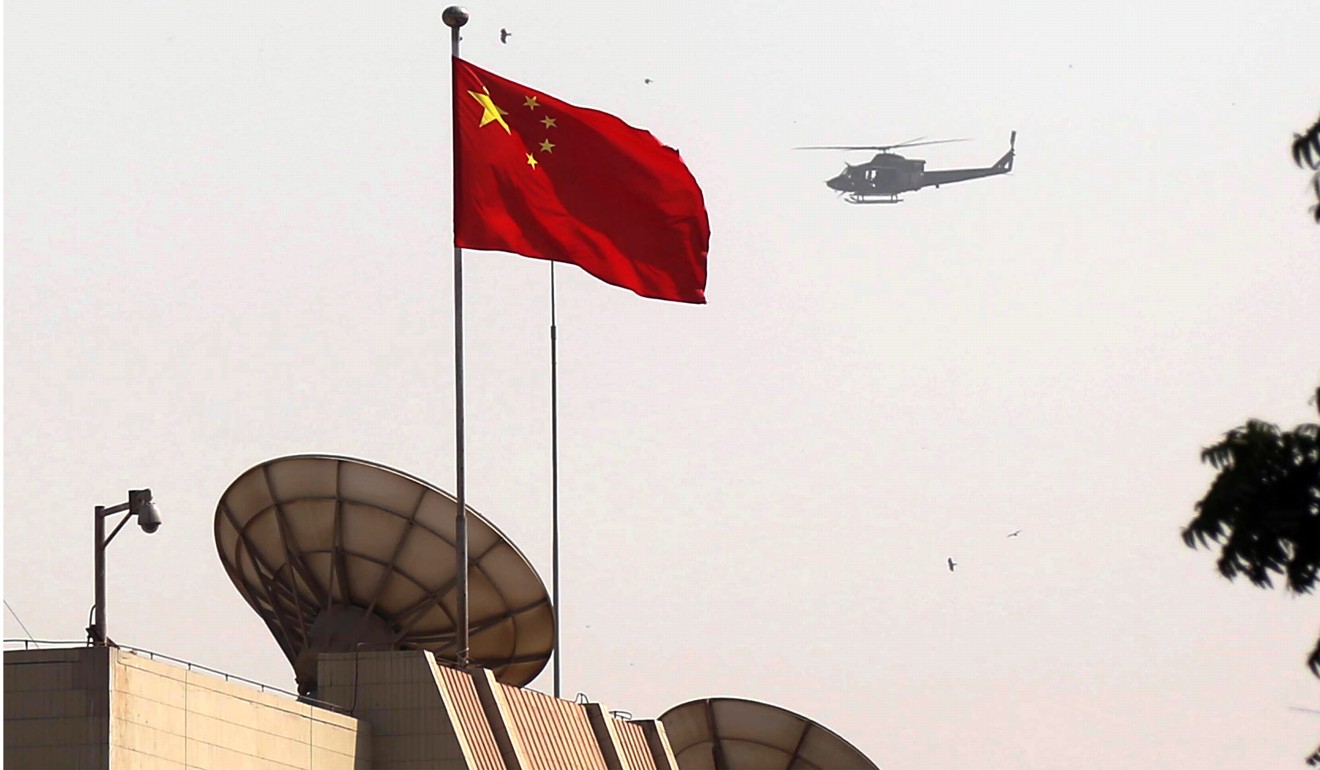 Shaikh said it was an attempt to sabotage the Beijing-funded China-Pakistan Economic Corridor (CPEC) – a flagship project under Chinese President Xi Jinping’s “Belt and Road Initiative”.

“They wanted China to believe that Karachi is not safe,” Shaikh was quoted as saying.

Revealing new details of the attack, the second targeting Chinese nationals in Balochistan, a province at the centre of the CPEC, Karachi police said it had been planned in Afghanistan and was aided by India’s intelligence agency, the Research and Analysis Wing.

“The attack was planned in Afghanistan. There have been reports that the mastermind, Aslam alias Achu, was killed in Kandahar, but we cannot believe it unless we see the body or other evidence,” Shaikh said.

New Delhi denied the allegation. “We completely reject these fabricated and scurrilous attempts to levy accusation on India,” India’s Ministry of External Affairs said in a statement.

“Instead of maliciously pointing fingers at others for such terrorist incidents, Pakistan needs to look inwards and undertake credible action against support to terrorism and terror infrastructure in its territories,” the statement said.

According to Karachi police, weapons used in the attack were shipped from Quetta, the provincial capital of Balochistan, to Karachi’s Cantt Station by train, and more weapons – including three Kalashnikov rifles, three hand grenades, two TT pistols, two rocket shells and a huge quantity of explosives – were later confiscated in a joint raid in Karachi.

“The trained terrorists had been observing the consulate for four months before the attack,” Shaikh said. “They used to sit in the visa section of the consulate to observe when the gates opened and other details.”

The CPEC is a key part of Beijing’s belt and road plan to connect China with more than 60 countries in Asia, Africa and the Middle East through trade and infrastructure projects. But it has become increasingly controversial – while Pakistani leaders hope the massive investment in railways, ports, pipelines and roads can revive its ailing economy and create jobs, concern has been growing over its debt burden and security risks in the region.

India, which is wary of China’s expanding economic influence in South Asia, has long opposed the CPEC, which it says violates its sovereignty because part of the project runs through its disputed areas with Pakistan.

Qi Kai, an associate professor with the Beijing Academy of Social Sciences, said the latest details shed light on the security threat Beijing faces as it seeks to push forward the CPEC.

“Security risks in the region are complicated and involve extremism, terrorism and separatism,” Qi said. “Beijing will have to be more cautious as it goes ahead with the programme, and take more security measures. But as the relationship between China and Pakistan is stable, this won’t affect progress on the project.”