China and the Association of Southeast Asian Nations held their first joint naval exercises this week, as Beijing hoped to build stronger regional military ties to offset a growing rivalry with the United States in the disputed South China Sea.

The China-Asean Maritime Exercise got under way in Zhanjiang in southern China’s Guangdong province on Monday and over the course of six days included personnel from all 11 nations.

Six of them – China, Singapore, Brunei, Thailand, Vietnam and the Philippines – also sent warships to take part in the drills: The multi-missile destroyer Guangzhou has a displacement of 6,000 tonnes. Commissioned in 2004, it incorporates a hull form and superstructure designed to reduce the ship’s radar profile. It was the first destroyer from China’s home-grown series Type 052B, built for air defence.

Its anti-aircraft capabilities include the short-range (20 nautical miles) Russian SA-N-12 surface-to-air missile and a rotating 3D radar for primary air-search radar. To guard against submarines, it is equipped with two triple-tube torpedo launchers, and short-range (1,000 metre) rockets. The ship also has a helicopter deck. However, according to “China’s Evolving Surface Fleet”, a report by the US Naval War College last year, Guangzhou’s “war-fighting capabilities were outdated the day it was commissioned”.

China has also deployed Huangshan, one of its largest and most modern multi-mission frigates. The type 054A-class frigate was derived from the Type 054 (identified by Nato as the Jiangkai-II Class). It has a length of 134 meters (440 feet) and beam of 16 meters, with a displacement of 4,000 tonnes and a maximum speed of 27 knots.

The stealth frigate was locally built and has been in service since March 2008.

China once offered to sell three Type 054A frigates to Thailand in 2013, but lost out to South Korea, which offered its modified Gwanggaeto the Great-class destroyers.

In 2015, the cost of building and fitting out a Type 054A was estimated at US$348 million a vessel, according to an analysis in The Diplomat by Gabe Collins, a research fellow in the US Naval War College’s Maritime Studies Institute. 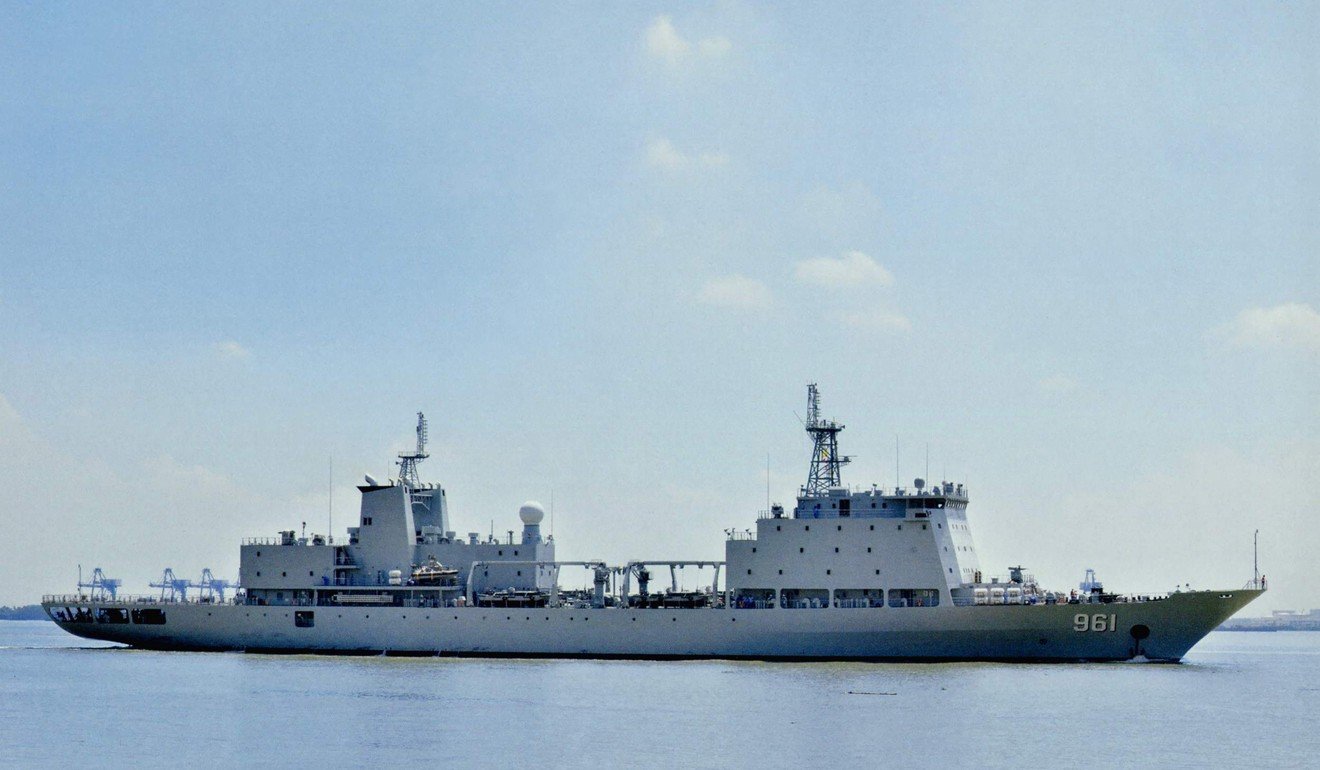 The replenishment ship Junshanhu type 961 joined the Chinese navy in July 2015. According to the Shanghai-based online news outlet Thepaper.cn, it has a displacement of more than 10,000 tonnes, and runs at 22 knots. It was identified as a comprehensive supply ship. It has five supply stations, but lacks a helicopter deck.

Designed by the French shipbuilder DCN, it is a modernised version of the French navy’s La Fayette-class frigate.

Singapore’s contract with DCN included a technology transfer programme: the first frigate was constructed in France, then the subsequent five, including the Stalwart, were built locally in Singapore.

With a displacement of 3,200 tonnes, the frigate is armed with a main gun – Oto Melara 76mm / 62 Super Rapid gun – which fires 6kg (13lb) shells to a range of 16km (10 miles) at a firing rate of up to 120 rounds a minute. The Harpoon surface-to-surface anti-ship missile on the vehicle also has a range of 130km and uses active radar guidance.

In anti-missile mode the Aster 15 has a range of 15km. Aster also provides protection against manned and unmanned aircraft to a range of 30km, according to Indian Defence Review.

With a length of 80 meters and a beam of 13 meters, it has a displacement of 1,625 tonnes. It also features two 20mm (0.8 inch) Oerlikon guns while carrying four Exocet MM40 Block 3 anti-ship missiles.

The frigate HTMS Taksin (FFG 422) is a product of the China State Shipbuilding Corporation in Shanghai.

After an upgrade in 2016, it now has a displacement of 2,980 tonnes, and is armed with 127mm gun turret. Other equipment includes a Mark 41 Vertical Launching System that provides a rapid-fire launch capability against hostile threats. 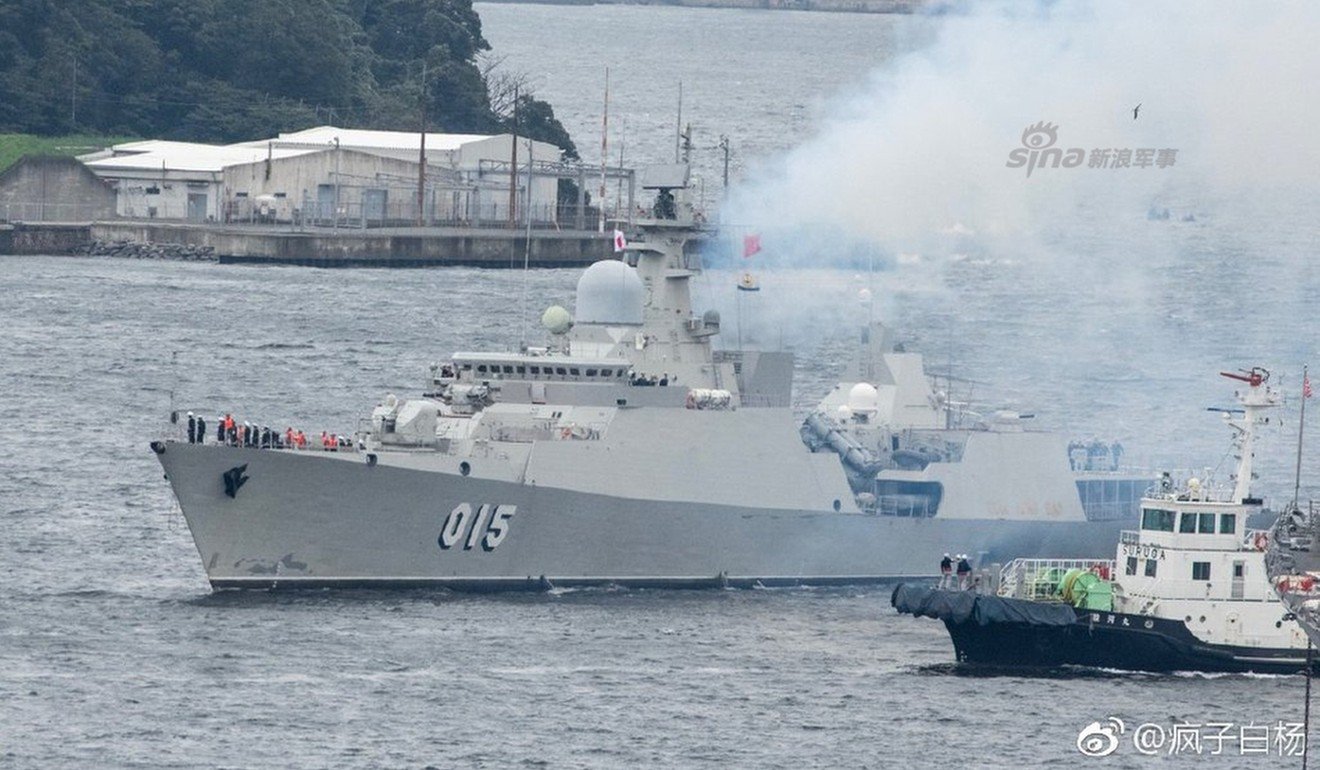 The 015 Tran Hung Dao, a Gepard 3.9 class frigate, is among the Vietnamese navy’s most advanced warships and only launched in February. It was named after General Tran Hung Dao, revered in Vietnamese history for his role in the victory over Mongol invaders in the 13th century.

Built in Russia, the frigate has a displacement of 2,100 tonnes and a length of 102 metres. It is equipped with four 533mm torpedo tubes and two SS-N-25 anti-submarine rocket launchers.

Before this exercise, the warship also made port calls in Japan and South Korea as part of a 9,300km journey beginning last month. The voyage was the longest that any Vietnamese naval has undertaken. 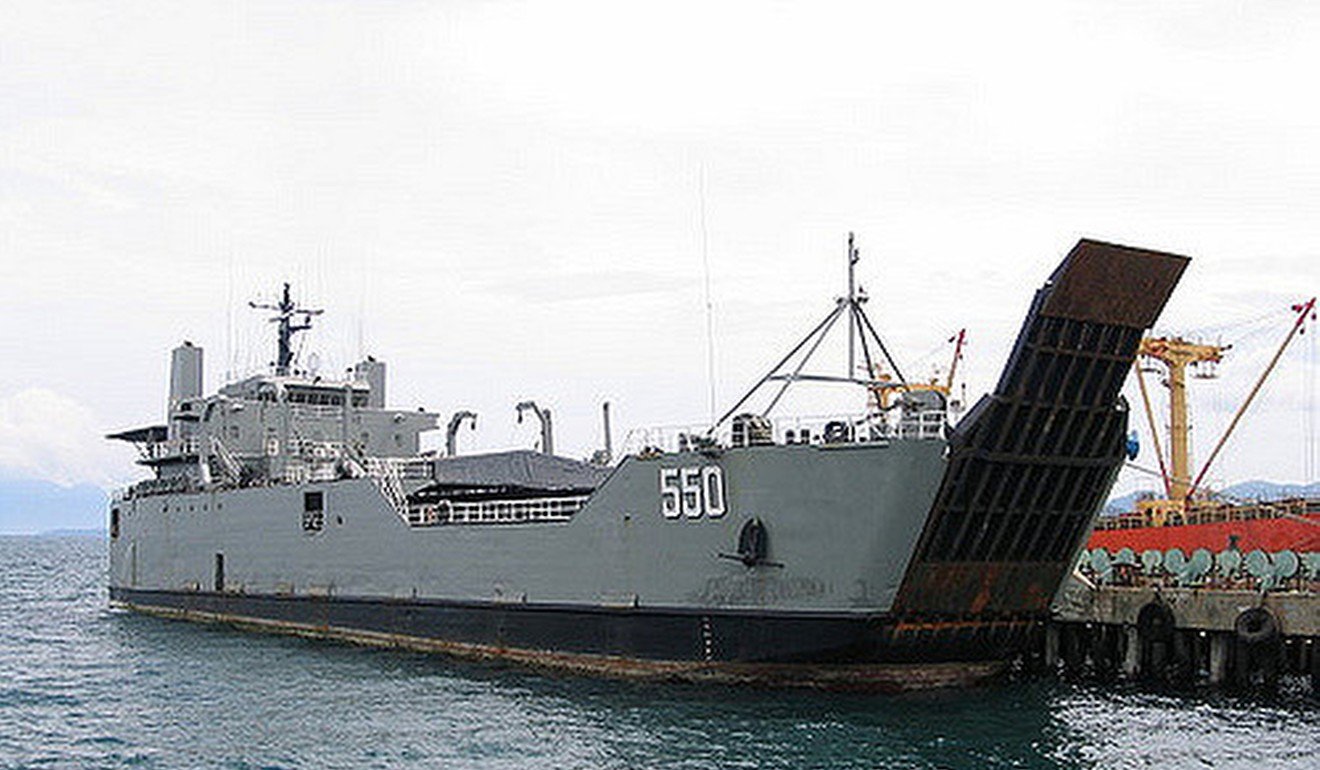 Logistics support vessel BRP Dagupan City (LC-551) was commissioned in the 1990s and built in the US. It is 83 meters long and has a displacement of 4,265 tonnes at full load, with a draft of 3.7 metres and a top speed of 12 knots.

The Philippine navy spokesman Commander Jonathan Zata told the Philippine News Agency that the vessel was “well suited and well tested” to serve this drill’s mission requirement of humanitarian support and disaster relief.